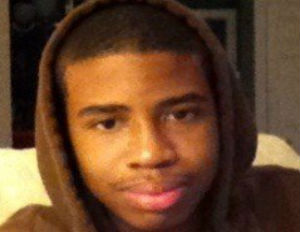 A 45-year-old white man has been arrested in Brevard County, Florida and remains in jail after shooting a black teenager dead in an argument over loud music, according to the Orlando Sentinel.

MichaelÂ David Dunn, 45, and his girlfriend were in Jacksonville Friday when they stopped at a convenience store, according to Jacksonville police.

JordanÂ Russell Davis, 17, (pictured) was sitting in an SUV with his friends in the parking lot. Dunn pulled up next to them in his car and asked them to turn down their music. Words were exchanged between Jordan and Dunn, and Dunn pulled a gun and shot eight or nine times, hitting Jordan twice. Jordan was sitting in the back seat. Surprisingly, no one else was hurt.

Dunn’s lawyer claims her client “acted responsibly” Â and in “self-defense,” though Jordan was unarmed.