'Joseline's Cabaret's' Amber Ali Has Lawyered Up After Alleged Assault 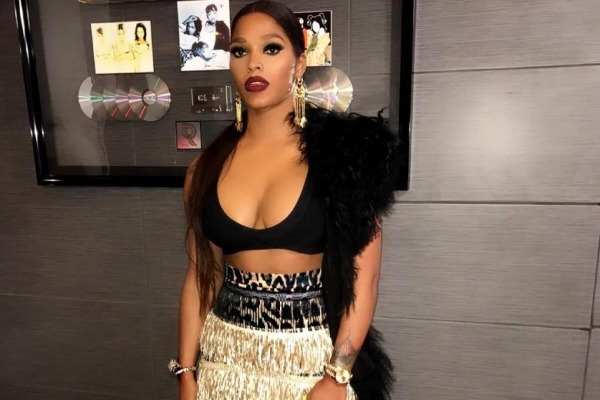 While folks sit and revel in ratchet TV, some shows infringe on common sense and boundaries. Zeus Network’s Joseline’s Cabaret has served three seasons of abuse and violence at the hands of its creator– former Love & HipHop Atlanta alum Joseline Hernandez. It looks like Amber Ali is taking legal action against Joseline and her beau Ballistic after the two reportedly jumped her.

In an Instagram post on Thursday, Ali wrote, “I am so embarrassed, mortified, and depressed. I can’t stop replaying the events in my head over and over. Ballistic should be arrested! He and Joseline attacked me in front of cameras, crew, production and guests! This is wrong. I want justice. Please reach out to my attorneys with any questions. @kathyrabii_esq @joeblak_esq @ar_apc.”

She also posted a message from her attorneys.

“We are very saddened by the events that occurred during the taping of Joseline’s Cabaret reunion show yesterday. The acts that occurred are horrific, unacceptable, and far removed from any notion of female empowerment. It is neither permissible nor entertaining to be the subject of intentional acts of violence, irrespective of the gender of the perpetrator committing these acts. The network should ensure the safety and security of its cast members, which warrants the degree of care necessary to prevent serious bodily injury or harm.”

Earlier this week, the latest season’s final altercation went viral. Cast member Amber Ali revealed that Joseline and her partner Ballistic jumped the woman during the reunion special. She shared details of the traumatic fight on an IG Live after leaving the emergency room.

“#JoselinesCabaret cast member #AmberAli goes on Instagram live after leaving the emergency room and tearfully alleges that both #Joseline and #Balistic attacked, kicked and rushed her last night.”

#JoselinesCabaret cast member, #AmberAli, goes on Instagram live after leaving the emergency room and tearfully alleges that both #Joseline and #Balistic attacked, kicked and rushed her last night. pic.twitter.com/cMrTv34Mym

Ali disclosed that she also plans to press charges against the couple.

Joseline took to Twitter to further instigate the melee.

“Keep crying from your hospital bed with your broken ribs one kik you flew into next day. Rotten mouth ass h*e.”

Zeus Network issued a statement regarding the fight.

“The Zeus Network would like to thank all of our viewers for their continued support.”

“While our programming remains authentic, loud, provocative, raw, unscripted, and uncensored; under no circumstances do we condone bullying, unprovoked violence, and men attacking women,” the statement continued.

“Currently, we are conducting a thorough review of the events that took place during the Joseline’s Cabaret Reunion taping. The safety of our talent, crew, guests and fans is our top priority. We encourage anyone who encounters violence of any kind to seek help from their local authorities or visit StopBullying.gov for free and confidential resources on how to seek help.”

Another castmember Gaia reportedly witnessed the brawl. She claimed that Ballistic jumped in the fight after Ali appeared to be besting the show’s creator. Gaia also said that the producer pulled Ali’s hair out.

It hasn’t been confirmed if Ali has filed charges yet.