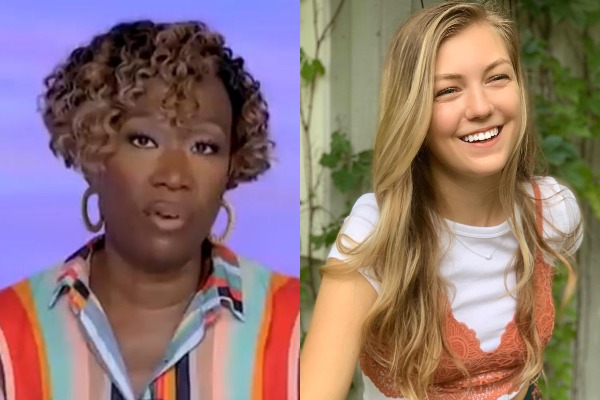 On Tuesday, an autopsy confirmed that remains found in Wyoming’s Grand Teton National Park belonged to Petito, CNN reports. The news came one day after Reid took to her nationally syndicated platform The Reid Out to call out the inconsistent media coverage on missing person’s cases.

“The way this story captivated the nation has many wondering why not the same media attention when people of color go missing,” Reid asked her audience.

She went on to issue a name that sent social media into a frenzy.

“Well, the answer actually has a name: Missing White Woman Syndrome, the term coined by the late and great Gwen Ifill to describe the media and public fascination with missing white women like Laci Peterson or Natalee Holloway while ignoring cases involving of people of color,” Reid added.

Petito went missing last month after embarking on a road trip with her boyfriend Brian Laundrie. When Laundrie was approached by investigators for questioning, he went missing.

Now that Petito’s body has been found, interest in the whereabouts of Laundrie have heightened. However, there are many others with missing loved ones who aren’t receiving the same media attention as Petito. While Reid acknowledged that the Petito family deserves “answers and justice,” she said the same goes for missing person cases surrounding people of color.

Reid references the case of 24-year-old Black geologist Daniel Robinson, who went missing in an Arizona desert back in June. During a panel discussion, Reid admitted she had “never heard of it until this friend of mine sent it to me. And I guess, that’s the issue, isn’t it?”

Reid also noted how many indigenous people go missing and receive little to no media attention, Newsweek reports. While speaking with panelist Lynette Grey Bull of the Not Our Native Daughters Foundation, the activist called out the blatant racism on display.

“One of the main factors and one of the key factors that a lot of people don’t want to talk about is that it’s racism. It’s systemic racism,” Grey Bull said.