JPMorgan Chase Invests Over $2M to Minority Entrepreneurs in Chicago

Studies from the Initiative for a Competitive Inner City show that entrepreneurship is a strong driver of economic growth and higher employment rates in disenfranchised neighborhoods. However, small business owners in distressed areas often lack access to vital resources needed to grow and scale their businesses. To close this gap, JPMorgan Chase & Co. is investing over $2 million in minority-owned businesses in Chicago as part of a $40 million commitment to build underserved communities and boost local economies in neighborhoods located on the South Side and West Side. The investment will be allocated to fund six nonprofits that empower entrepreneurs of color and female founders with access to capital, mentorship, and networking opportunities.

“Small businesses and entrepreneurs are the main job creators in neighborhoods so helping them get a head start through these terrific programs is a smart way to build a financially healthier future for the whole community,” said Whitney Smith, head of Midwest Philanthropy, JPMorgan Chase, in a statement Thursday. “We are proud to partner with local nonprofits in these neighborhoods to help entrepreneurs of color get the resources they need to grow and thrive.”

In addition, over half of the allocated funds will be used to invest in IFF to bring essential services to historically underserved Chicago neighborhoods. IFF is a leading nonprofit community development financial institution in the city. “We are so proud to work with JPMorgan Chase to invest in and strengthen Chicago’s network of nonprofits. Together, the nonprofits we work with are making a difference in the lives of Chicagoans all across the city, from providing access to fresh and healthy food, healthcare, and a better education, they’re an essential part of the social fabric of our communities,” said Joe Neri, CEO and president of IFF.

According to a press release, JPMorgan Chase’s 2017 small business investments in Chicago will be distributed as follows:

“Working to drive inclusive economic growth, 1871’s Women in STEM (WiSTEM) program helps female entrepreneurs to grow their businesses, and with this funding will triple the size of their 12-week incubator program. JPMorgan Chase has been one of the largest funders of 1871 since its founding five years ago. In 2016, the firm separately invested $150,000 to help them develop WiSTEM. 1871 also partners with the Illinois Hispanic Chamber of Commerce and Bunker Labs on targeted programming for underserved populations.”

$200,000 to the Illinois Hispanic Chamber of Commerce Foundation (IHCCF)

“Through the Hispanic Tech Incubator, IHCCF is diversifying the small business community by targeting around 30 minority-owned firms that are strongly positioned to grow and providing them with tailored mentorship and coaching as well as access to capital.”

“Blue1647 works in underserved Chicago communities to improve access to capital, provide resources for neighborhood-based small businesses, and educational programming to promote diversity with the small business tech industry. JPMorgan Chase’s investment will double the number of small businesses served through this program from three to six businesses per quarter.”

“This investment from JPMorgan Chase will allow the Women’s Business Development Center (WBDC) to expand into the Englewood neighborhood on Chicago’s South side, delivering business services, ongoing mentorship and technical assistance, access to growth capital or direct lending, and expanded networks to neighborhood-based entrepreneurs. In 2015, WBDC was selected to be part of the Small Business Administration’s (SBA) inaugural class of eight awardees nationally, to deliver a ScaleUp Program targeted at communities with small businesses experiencing slow or no growth due to a lack of a strong economic development infrastructure. WBDC used the SBA funding to launch a pilot in Aurora, a far west suburb of Chicago and the second largest city in Illinois, rich in diversity and entrepreneurship but very underserved. Based on the success of that pilot, JPMorgan Chase’s support will allow WBDC to expand this successful program in other underserved communities.”

“Chase will provide $300,000 to support Chicago Anchors for a Strong Economy (CASE) and its development of a proprietary and intuitive technology platform which will help Chicago’s small- and medium-sized businesses assess their readiness for growth. CASE is one of World Business Chicago’s initiatives and helps local, highly qualified businesses connect with Chicago’s most prominent universities, health systems, private corporations, and public agencies, supporting neighborhood vitality and promoting inclusive economic growth across the city.

“JPMorgan Chase will also provide $100,000 to World Business Chicago to form a ‘Quarterly Project Review Panel’ for the recently launched Blackstone Inclusive Entrepreneurship Challenge, which involves a group of eight nonprofits scaling up and promoting technology entrepreneurship in Chicago. Through the review panel’s work, World Business Chicago will share its findings and best practices for creating successful programs that serve entrepreneurs from marginalized communities.”

“Concentrating on Chicago’s most vulnerable communities, Sunshine provides technical assistance to approximately 200 entrepreneurs annually to help them prepare for owning and operating small businesses through a 12-week business development program. More than 95% of participants are people of color.”

“JPMorgan Chase is also building on its support for a strong nonprofit sector on the South and West Sides by investing in two new programs through IFF (formerly the Illinois Facilities Fund). The first investment establishes the Chicago Community Facilities Fund to provide financial resources for nonprofits in Chicago to improve access to healthy food, childcare, healthcare, and job services through new community facilities. A second investment will help approximately 20 Chicago-based nonprofits improve their financials and grow their real estate and net assets. The initial list of nonprofits working to strengthen and expand their organizations include Albany Park Community Center, Austin Coming Together, BUILD, Inc., Centers for New Horizons, Chinese Mutual Aid Association, Greater Chatham Initiative, La Casa Norte, LUCHA, National Latino Education Institute, and the North Lawndale Employment Network. JPMorgan Chase and IFF have a long and successful track record of working together in communities as a result of a $3 million investment the firm made in 2013 through the PRO Neighborhoods initiative to invest in nonprofit facilities and a $4 million investment it made in 2011 to support affordable and accessible housing.” 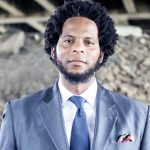 Deadline Approaching – If You’re a Youth Making a Difference in Your Community!

FacebookTwitterYoutube
← BE Modern Man: Meet ‘The Debt Disruptor’ Rashad Howard ← Deadline Approaching – If You’re a Youth Making a Difference in Your Community!
×
'