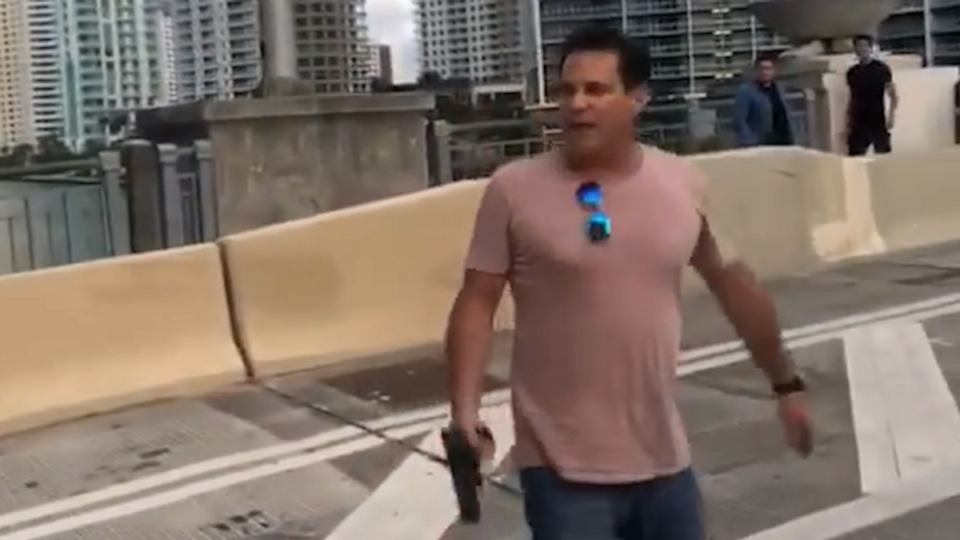 A white man who brandished a loaded gun at Black protestors on Martin Luther King Day in 2019 has been denied the right to use the “Stand Your Ground” defense.

On Thursday, Miami-Dade Circuit Court Judge Alberto Milian listened to Mike Bartlett’s defense and denied his motion for statutory immunity from criminal prosecution and civil action on justifiable use of force, Local 10 reports. Bartlett claimed he took the gun with him “just in case” as he approached protestors, some as young as 11.

His court appearance stemmed from MLK Day 2019 in Miami when Bartlett used a loaded gun to approach student protestors who were speaking out against the lack of affordable housing.

“In case I needed it … Like I said, I had no idea what was happening,” Bartlett told the judge.

Dana Scalione was with Bartlett the day of the incident, and the video shows her yelling at the protestors so they could get out of their way. Scalione was dating Barlett at the time, and after she accused one protestor of running over her foot, she pushed the young man, and he didn’t engage her back. But Bartlett proceeded to get out of his car and launch his racist tirade.

“Get the f*ck out of here, you f*cking piece of sh*t,” Bartlett told the protesters, as noted by Raw Story. “You f*cking stupid n*gger, f*cking dumbass n*gger.”

Scalione was fired from her job as a result of the incident. On Friday, Miami-Dade State Attorney Katherine Fernandez Rundle released a statement supporting the judge’s decision.

“Having always believed that Mark Bartlett’s actions on the Brickell Avenue bridge were a violation of Florida law and motivated by racial hostility, we now look forward to taking this case to trial,” Rundle said.

“Disproving the self-defense arguments of Florida’s ‘Stand Your Ground’ law can be a very difficult hurdle for prosecutors to overcome. Now that my prosecutors have done that, it is time to move this long-delayed case to trial.

“I commend Assistant State Attorneys Jonathan Borst and Citra Joseph and Chief Assistant Kathleen Hoague for their hard work on this case recognizing that there is still much, much more to be done before this case is finally resolved.”