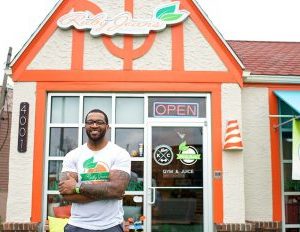 Chris Goode lives a healthy lifestyle; in fact, Goode has lived a healthy lifestyle for the majority of his life. As a college football player, he focused on fitnessÂ but didn’t maintain a strict nutritional diet. After a friend introduced him to juicing, Goode liked how he felt, his energy levels, and the difference in his skin–and wanted to spread the good news to those in his community.

And that’s where Goode’s journey as an entrepreneur started. Just under a year-and-a-half ago, he opened Ruby Jean’s Juicery in his hometown of Kansas City, Missouri, named after his late grandmother, Ruby Jean. In his own words, he tells how passion, purpose, and a solid plan not only helps entrepreneurs achieve their dreams but can affect change in their communities.

I got into the world of juicing by way of friends from Los Angeles already very well versed in the culture. They also showed me this documentary called Fat, Sick & Nearly Dead on Netflix. It really resonated with me. I came home from Los Angeles to Kansas City and I did my first 10-day juice cleanse. 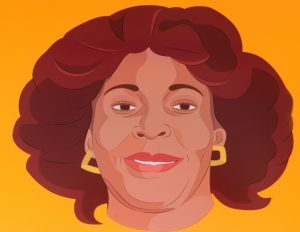 As I started getting healthier and more conscious about what I put in my body, I thought about my family–how I grew up eating and how they still eat. I then landed on my grandmother, who passed away from diabetes, kidney disease, and hypertension when she was 61. It was the first time I’d experienced death in any capacity, and it just happened to be one of the most influential people in my life. She was very much an extension of my mother.

I knew I had to honor my grandmother in some way, at some point. I thought it would come by way of playing in the NFL, but lo and behold, it came by way of juicing. I thought if grandma knew about this, she literally could still be here.

I believe in the healing effects of healthy food, and I’m passionate about expanding that knowledge to under-informed people in under-informed communities.

I don’t feel like my grandmother should’ve died of diabetes on the third floor of the hospital. I want to spread my passion and my love of a healthy lifestyle by way of my grandmother’s platform–her name, her energy, her love–to as many people as possible.

Want to know how Goode is accomplishing his mission? Stay tuned for Pt 2.Â