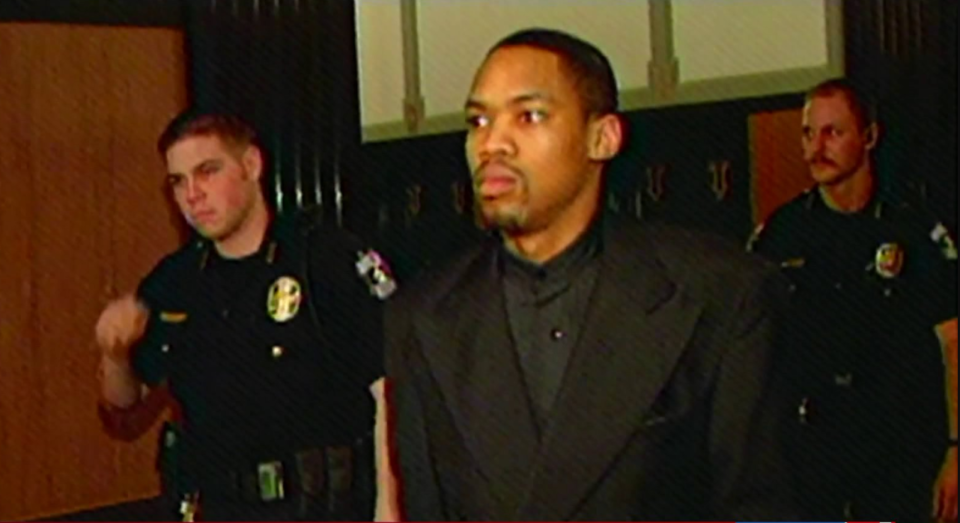 Julius Jones is scheduled to be executed Thursday and Oklahoma's governor has still not decided if he will commute the death sentence. (Image: Twitter/@CNN)

Julius Jones, a Black man who has spent 20 years on death row who was scheduled to be executed today at 4 p.m. CT was granted clemency by Oklahoma Gov. Kevin Stitt, the HuffPost reports.

Stitt had not made a decision on whether to grant Jones clemency, according to CNN. But after the Oklahoma Pardon and Parole Board voted 3-1 to commute Jones’ sentence to life in prison with the possibility of parole, Stitt finally stepped in. Jones will now serve life without parole.

“Personally, I believe in death penalty cases there should be no doubts. And put simply, I have doubts about the case,” board Chairman Adam Luck said in September at Jones’ first clemency hearing.

Many activists put pressure on Stitt to make a decision, even protesting outside his office.

Reality star Kim Kardashian was pivotal in fighting for Jones to receive clemency and posted a message thanking the governor for his intervention.

“Monday, you know, I was denied, and I know denied is not delayed, but today I had high expectations to hug my son. I saw him but I’ve been seeing him through a glass. A lot of people think I get to hug him. I don’t get to hug him,” said Davis-Jones.

Jones was sentenced to death for the 1999 murder of Paul Howell, but has maintained his innocence along with family and supporters. In 2018, an ABC documentary series, The Last Defense, spotlighted Jones’ case.

Howell was killed in a carjacking on July 28, 1999. That night, Howell, his sister, and his children pulled into his parents’ driveway. According to court documents,  as Howell’s sister and his kids were gathering their stuff to exit the vehicle, Howell’s sister heard a gunshot.

Howell’s sister said she saw a Black man wearing a red bandana over his face. The man shot again and the girls ran into the house. Howell died later early the next morning.

Jones was arrested three days later when police discovered the gun wrapped inside a red bandana in his family’s home. Co-defendant Christopher Jordan testified against Jones and received 30 years after pleading guilty to first-degree murder. To this day, Howell’s family believe Jones is responsible for the death of Paul Howell.

The case, however, has several issues and inconsistencies. The clemency petition cites several people saying Jordan admitted to killing Howell and hid the gun in Jones’ home. Jordan was released in 2014. His attorney Billy Bock told ABC in September that his client maintains his role as an accomplice.

More than six million people have signed a petition saying Jones is on death row due to “fundamental breakdowns in the system tasked with deciding” his guilt, including inexperienced and ineffective defense lawyers, prosecutorial misconduct, and racial bias among the jury.

The case has also gained the attention of celebrities including Kim Kardashian, Kerry Washington and Cleveland Browns quarterback Baker Mayfield, who have all lent their voice to the effort to get Jones’ sentence commuted.

“It’s a shame it’s gotten this far,” Mayfield, who played at the University of Oklahoma, told reporters Wednesday as he teared up. “Hopefully God can intervene and handle it correctly and do the things He needs to do.”