Ulysses “Junior” Bridgeman: From The NBA Hardwood To The Boardroom 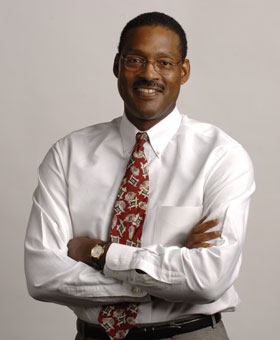 Everyone knows Michael Jordan and Earvin “Magic” Johnson, but who knows Ulysses “Junior” Bridgeman? Typical measures of success are how much money you make, how many gold records you have, or how many championships you have won. But, my measure of success is the distance traveled from where you began.

Bridgeman played 12 years in the National Basketball Association (NBA)–10 years for the Milwaukee Bucks and 2 years for the Los Angeles Clippers. He was born in East Chicago, Indiana and played college ball (and graduated) at the University of Louisville. His father was a blue collar steel mill worker, as was very common in that part of the country during the 60s.

Bridgeman was considered a very good, steady player and was able to make a good living playing basketball. Mind you, Bridgeman’s professional basketball career spanned from 1975 to 1987, well before players were paid the exorbitant money they are now paid. He retired right before players started to make the big money.

Though Michael Jordan made the bulk of his money from endorsement deals, he still made close to $ 100 million in salary from the NBA alone. Bridgeman never made anywhere close to that type of money. Magic Johnson probably made even more money than Jordan from salary alone, being in LA.

His company, Bridgeman Foods LLC, operates over 160 Wendy’s hamburger restaurants (he is the second largest Wendy’s franchisee in the world).Â  He also owns over 118 Chili’s restaurants.  He has over 11,000 employees and revenues in excess of $ 500 million. He is listed as one of the top 20 “Richest Black Americans,” according to Forbes Magazine and is ranked # 3 on the Restaurant Finance Monitor’s Top 200 franchisee-owned companies.  An avid golfer, he also sits on the board of directors of the Professionals Golfers Association (PGA).

While his fellow athletes were hanging out during the off season, Bridgeman was working in local Wendy’s restaurants, learning the business from top to bottom. Again, basketball helped him make a living.

But, his wife of 34 years, Doris has helped him make a life. They have three adult children (Justin, Ryan, and Eden) and all are working in the family business. Both Justin and Ryan have MBAs and Eden is in preparation for hers.

Last month, I profiled another successful businessman, David Steward of World Wide Technology. He and Bridgeman are identical twins, as far as their approach to business is concerned.They both have been married to their respective wives for over 30 years and both believe you can be a successful businessman and a Christian at the same time.Â  They are not mutually exclusive. Why has TV One or BET never profiled Blacks who made their money in industries other than sports and entertainment?

Bridgeman is a very private person, but I would hope that he will allow more people the privilege of meeting someone of this stature and to share the beauty of how you can raise a beautiful family, earn an honest living and have a good life.