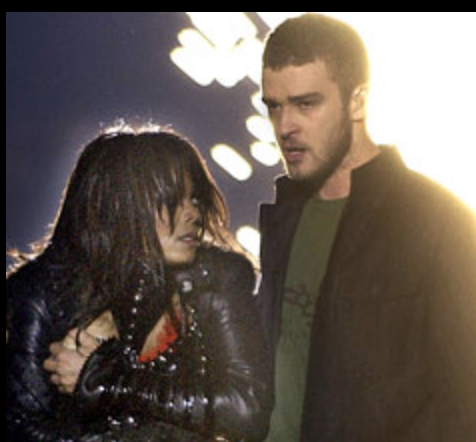 Justin Timberlake took to social media to apologize to Janet Jackson and his former lover, Britney Spears, for his behavior that negatively affected both women’s careers.

“I’ve seen the messages, tags, comments, and concerns, and I want to respond,” Timberlake wrote. “I am deeply sorry for the times in my life where my actions contributed to the problem, where I spoke out of turn or did not speak up for what was right. I understand that I fell short in these moments and in many others and benefited from a system that condones misogyny and racism.”

“I specifically want to apologize to Britney Spears and Janet Jackson both individually because I care for and respect these women, and I know I failed,” he added.

Ironically, the mea culpa comes almost two decades later. Timberlake then explained the inner workings of white supremacy and his “ignorance” of his privilege.

“The industry is flawed. It sets up white men for success. It’s designed this way,” he explained. “As a man in [a]privileged position, I have to be vocal about this. Because of my ignorance, I didn’t recognize it for all it was while happening in my own life, but I do not want to ever benefit from others being pulled down again.”

The former ‘N SYNC member pledged to learn and “grow” from his past misdeeds.

“I also feel compelled to respond, in part, because everyone involved deserves better and most importantly because this is a larger conversation that I wholeheartedly want to be part of and grow from,” he concluded.

Twitter users were unimpressed with the apology given after the release of Spears’ documentary, “Framing Britney Spears,” according to Rolling Stone.

The documentary opened old wounds about Timberlake’s role in the recoil Jackson and Spears faced following separate but sexist and problematic incidents with the 40-year-old singer.

Usually, my heart softens when people apologize but this one just ain’t it. He’s only apologizing now years later bc the issues are brought to light. And his apology don’t explain or identify anything. He’s just making excuses for himself. I just don’t trust this man.

Imma need an apology in the form of a paycheck to Ms. Jackson & Ms. Spears. Dolla signs. Cha Ching. We gon need that. pic.twitter.com/VBNLTaE7B7

A decade late apology should not be able to fit in two screenshots pic.twitter.com/LODwfeYGA6

He basically said: I’m sorry for being a white privileged man, it’s not my fault that this industry works this way

Jackson and Timberlake were the headliners for the 2004 Super Bowl halftime show. During their live performance of Timberlake’s hit single “Rock Your Body,” he ripped off the chest portion of Jackson’s Alexander McQueen dress to reveal her right nipple covered by a star-shaped pasty.

Although both apologized, the backlash against Jackson was fierce while Timberlake’s career moved forward without a hitch. Major music television markets blackballed the veteran entertainer’s music and videos.

Timberlake was even invited to the 2004 grammy Awards while Jackson was ignored.

In 2018, Timberlake was invited back to the Super Bowl to perform again.

Spears and Timberlake dated for ten years, according to Pop Sugar. The documentary revisited how the media took sides as Timberlake called out the pop star for cheating on him.

Whether or not Timberlake’s apology is sincere is questionable, but Jackson and Spears’ fans weren’t here for it.