Justine Lindsay Makes History As NFL's First Openly Trans Cheerleader: 'I Will Continue To Be That Pioneer' 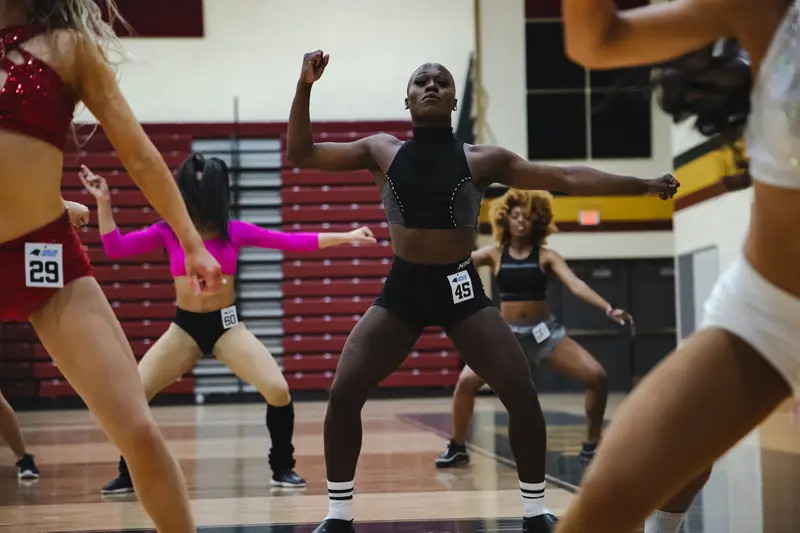 With Pride Month in full effect, the celebrations are only just beginning.

The NFL’s Carolina Panthers welcomed 29-year-old Justine Lindsay to the team as the league’s first openly transgender cheerleader, the Los Angeles Blade reported. Back in March, she proudly announced her ground-breaking role herself via Instagram.

Alongside her announcement, Lindsay shared a photograph of her posing on a football field and sporting the Carolina Panthers’ team logo.

“Cats Out the Bag,” her caption read. “You are looking at the newest member of the Carolina Panthers TopCats Cheerleader’s @topcats as the first Transgender female.”

Giving thanks to her support system and coach, the newest cheerleader continued, “This is a moment I will never forget and I cannot wait to show you all what this girl has to bring. Thank you @topcats a dream come true.”

As the 2022 football preseason approaches, Lindsay opens up in her first interview about how she feels about stepping into her historic role. Lindsay disclosed that she is transgender in her Panther’s application, but she kept it a secret from everyone but her family.

“I was so scared,” Lindsay told BuzzFeed News of her announcement via Instagram. “There’s just some things you can’t post. I just felt like when I posted it, whatever reaction I get from everyone, it does not matter. And then my phone started blowing up.”

According to the Los Angeles Blade, reactions to her news weren’t all positive. But she responded via Instagram, “I will continue to be that pioneer I will continue to inspire and help my African American beautiful trans sisters until my last breath.”

To date, Black women remain a minority in NFL cheerleading, and even fewer stunt with their natural hair, BuzzFeed reported. Lindsay was relieved to hear from her coach that she could keep her head bald, especially so she could “inspire other young girls who may be insecure rocking their bald look.”

Chandalae Lanouette, the Topcats’ director, assures that Lindsay’s talent landed her the opportunity, not her gender identity.

“My goal is to create a team of individuals that are absolute fire on the field but are incredible human beings in the locker room, good friends, good people, and at the end of the day, you have to walk through the door first to get to that spot,” Lanouette told BuzzFeed.

“This is big,” lindsay said. “I think more people need to see this. It’s not because I want recognition. It’s just to shed light on what’s going on in the world.”