Harris introduced a senate resolution “affirming the importance of the Civil Rights Act of 1866, Section 1981, one of the country’s fundamental anti-discrimination laws.” Waters, who chairs the powerful House Financial Services Committee, presented a companion resolution in the US House of Representatives. Their moves were in response to the recent US Supreme Court session in which justices heard oral arguments in a case involving Byron Allen’s $20 billion lawsuit against Comcast, which has raised concerns among legions of politicians, civil rights activists, and business leaders over the future of the oldest federal civil rights law on the books.

Officials from Harris’ senate office explained that the key issue related to the case before the court—Comcast Corporation v. National Association of African American-Owned Media and Entertainment Studios Network, Inc.—is whether victims of race discrimination must meet the burdensome “but-for” causation standard in order to proceed with claims under the Reconstruction-era statute. If successful, Comcast’s arguments could severely weaken the major civil rights law that offers protection against race discrimination.

Harris said: “Just one year after the end of the Civil War, Congress passed the Civil Rights Act of 1866 to remove barriers to contracting and black economic advancement. It ensured that newly freed slaves enjoyed the same rights as other citizens. This case threatens to limit the effectiveness of our oldest civil rights law and could prevent countless victims—particularly black people and people of color—from pursuing claims of race discrimination in our courts. That is why I am proud to lead my Senate colleagues in a resolution to affirm the importance of upholding longstanding protections against discrimination.”

Waters asserted in the introduction of her House resolution that “more than a century after the passage of the Civil Rights Act of 1866, it is absolutely outrageous that one of the largest media companies in the world would have the audacity to petition the U.S. Supreme Court to hear arguments in a case that undermines this vital law.” She further maintained that a decision in its favor from the high court, which has a conservative majority, could have a “harmful impact [on] future generations of entrepreneurs and creators of color.”

“Nearly ten years ago when Comcast sought to merge with NBC Universal, both companies were forced, under pressure from my efforts in Congress and the FCC, to commit to credible diversity and inclusion initiatives as a condition for the merger,” Waters added, citing the congressional hearings that took place in 2010 on the corporate union. “Today, they are seeking to effectively destroy one of our nation’s oldest civil rights statutes dating back to Reconstruction. In doing so, Comcast is opening the flood gates to discrimination in business contracts with no legal remedy or recourse. I am proud to lead my colleagues in a resolution that makes clear that any and all assaults on civil rights protections for Americans—particularly people of color and other marginalized groups—will not be tolerated by the U.S. Congress.” 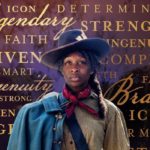