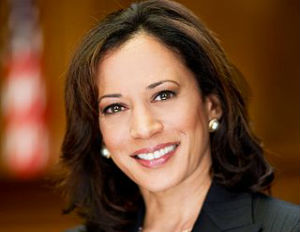 As reported by the LA Times, the ads focus on her tenure as California’s attorney general.

Progressive superstar Elizabeth Warren makes an appearance in the ads, calling Harris “fearless.” An enviable endorsement from the widely popular Massachusetts senator is hard to come by, as the current Democratic presidential candidates can attest to. As Politico’s David Bernstein noted, a Warren endorsement not only ensures political clout among the progressive base, but also a robust fundraising source.

Harris will surely tap into these resources in the lead up to the June 7 primary, where she will face off against Rep. Loretta Sanchez, a long-time congresswoman from Orange County.

Now that Donna Edwards is out in Maryland, Harris is next in line to become only the second black woman elected to Senate.

Check out the recently released ads below: