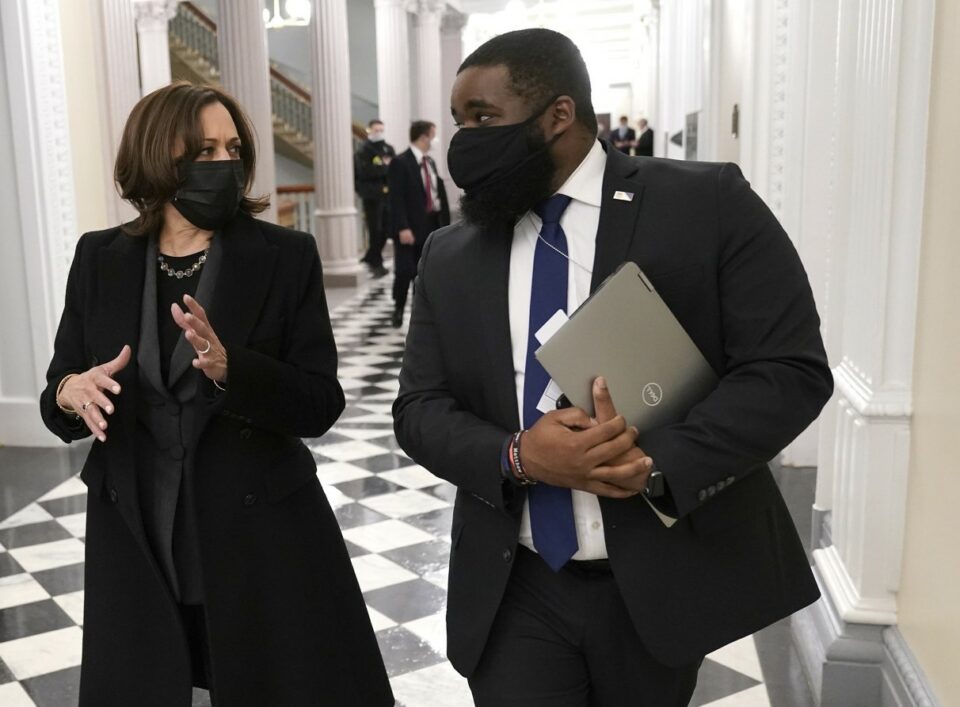 The CBC is a group of Black lawmakers that advocates for issues important to minority communities across the country. Evans, who served as a political director for Harris in the run-up to the 2020 election and the transition, will become the group’s executive director.

In a statement, Evans, who got his start in politics at the CBC, said he is excited to rejoin the organization.

“I am deeply honored to be named the executive director of the Congressional Black Caucus,” he said. “I started my career in Washington working for a member of the CBC, so I know firsthand the tremendous leadership and impact this caucus has in Congress and across the country.”

Evans is the third Harris aide to leave their post in recent months. The departures come amidst reports of tension, dysfunction, and conflict. Additionally, CNN reported frustrations within the White House directed at Harris and her chief of staff, Tina Flournoy.

However, the L.A. Times reported Evans is leaving on great terms with the vice president and plans to maintain a close relationship with her.

Joyce Beatty, the CBC chair, praised Evans in a statement.

“As a leader for effective change, Vincent will help the CBC reach greater heights and make substantive advances in 2022,” Beatty said. “Vincent knows the importance of developing critical relationships when it comes to public engagement, along with a variety of policy and leadership skills. In addition to his experience, he brings great passion for further strengthening the CBC’s top priorities moving forward. His knowledge and past work with many members and the administration is a big asset.”

Before Evans joined Harris’ team, he served on the senior staff for Congressman Al Lawson (D-FL) from 2017 to 2019. The Florida A&M graduate also worked in the Florida Senate and later in city government as the chief aide to the city commissioner in Tallahassee, where he was responsible for developing and implementing policy priorities and strategies.