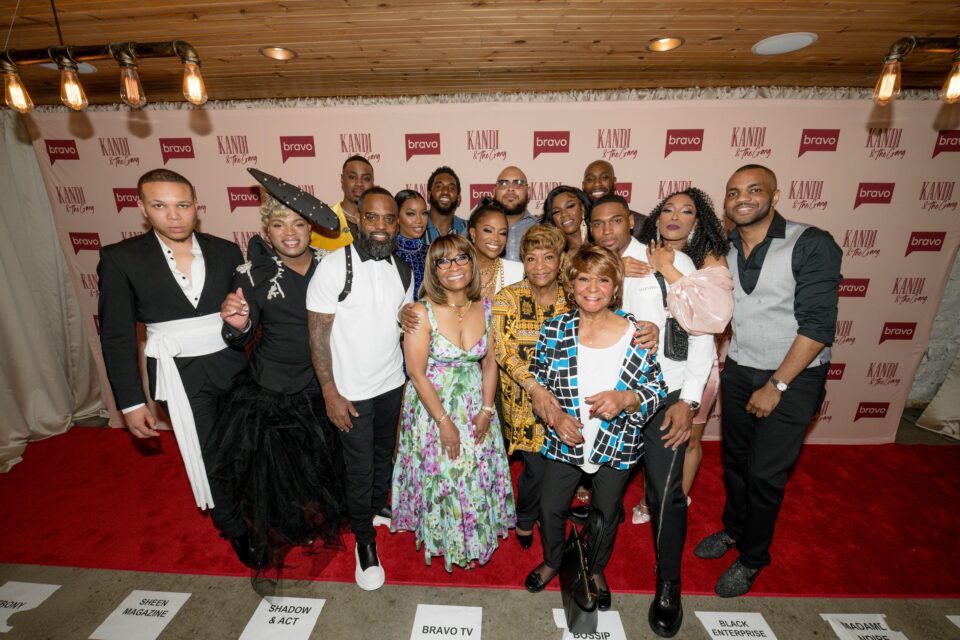 Kandi Burruss and her husband Todd Tucker and the aunties and her momma who influenced her new Bravo show Kandi & the Gang, kicked off their premiere with a party in Atlanta over the weekend.

The new show follows Real Housewives of Atlanta star Kandi, her husband, and their staff of family and friends at Atlanta’s own OLG (Old Lady Gang) restaurant as they work to overcome the drama that often challenges them from getting the work done.

But on Sunday it was all play as Kandi’s many celebrity friends showed up and showed out at OLG on Peters street in Atlanta for a star-studded premiere that was truly a block party that had folks doing the electric slide and jamming in celebration for the new show.

Between Shawndreka Robinson’s attitude towards the new General Manager Phillip Frempong, Brandon Black spending more time flirting with Dom’Unique Variety than actually working, and Brian Redmond returning to work as a bartender while promoting his own food business, Kandi and Todd have their hands full.

Not to forget, Kandi’s outspoken Mama Joyce and her two boisterous sisters Aunt Nora Wilcox and Aunt Bertha Jones who also bring their own drama. Kandi explains how she got Bravo on board with the idea of a show around one of her many businesses.