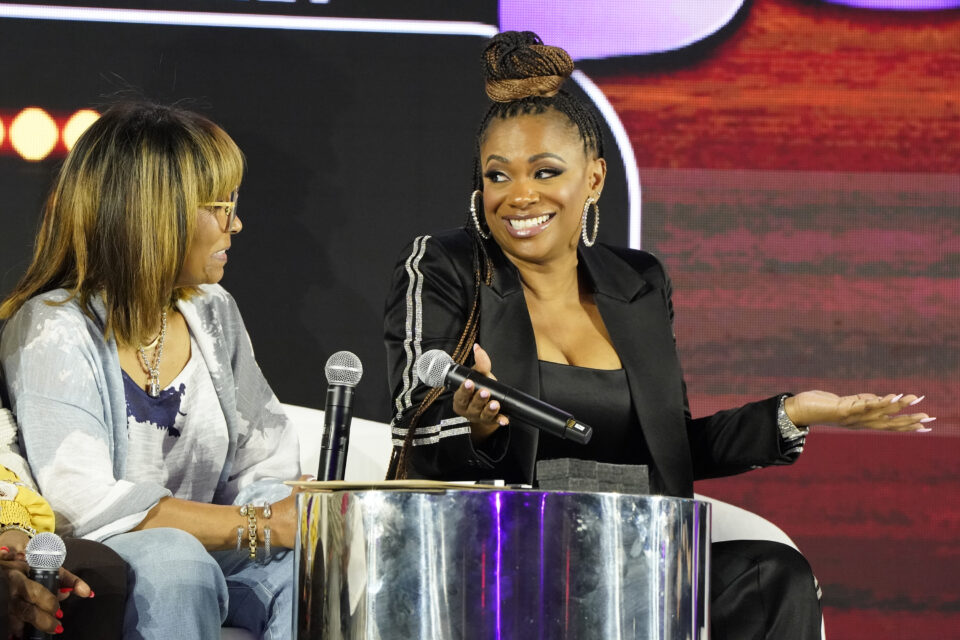 If there’s one thing Kandi Burruss‘ mother, Mama Joyce, is going to do, it’s remind us how much she dislikes her daughter’s husband, Todd Tucker.

The Old Lady Gang owner was present at BravoCon 2022 over the weekend, where Mama Joyce was asked about replacing her son-in-law, who’s been married to the Grammy award-winning singer since 2014 and shares two young children.

Instead of playing nice, Mama Joyce threw the whole tree at Todd and admitted she’d like it if her daughter dated someone with a better job.

“If I could have replaced Todd, I probably would’ve picked anyone that had a decent job,” Mama Joyce told one fan who asked who she would’ve set Kandi up with.

“Somebody that was maybe in the same business, in the financial realm that she was in,” she continued.

“I just think that she should’ve married someone that was on the same financial scale.”

Mama Joyce on who she’d replace Todd with for Kandi! #RHOA #BRAVOCON22 pic.twitter.com/EQNP8itpkH

Mama Joyce has been vocal about her opposition to Kandi’s marriage from the beginning. The family drama has played out on The Real Housewives of Atlanta (RHOA).

But after two children and nearly 10 years of marriage, fans would think Mama Joyce had finally come around to embracing Todd. However, after her latest comments about her son-in-law, critics are sounding off and encouraging Kandi to check her mother.

“Kandi at some point baby… you gotta…. Check this,” one fan wrote.

“Yeah, I honestly couldn’t imagine my mother speaking this loudly and rudely about my partner,” another user said.

“It’s disrespectful. Ain’t no way anyone in my family would be allowed to speak disrespectfully regarding my husband privately let alone publicly,” added someone else.

Fans have gotten an inside look into Mama Joyce’s combativeness over her daughter’s love life. In the past, Kandi also had to defend her relationship with her ex-fiancé Ashley ‘AJ’ Jewell who was tragically murdered outside of a nightclub in 2009.

Since Kandi found love with Todd, who worked as an RHOA producer at the time, Mama Joyce’s been vocal about her dislike for him. Viewers constantly criticize Mama Joyce for her attitude towards her daughter’s love life. But Kandi makes it clear that she’s gonna stick beside her mama.

Kandi Burruss that’s my mama and y’all can tweet you can do whateva you can tweet till you get blue in the face I don’t care she can have whatever she want cause that’s my mama defending someone going up for her mom choked up emotional idc unapologetic Andy Cohen RHOA reunion pic.twitter.com/n6B7rKHBCH