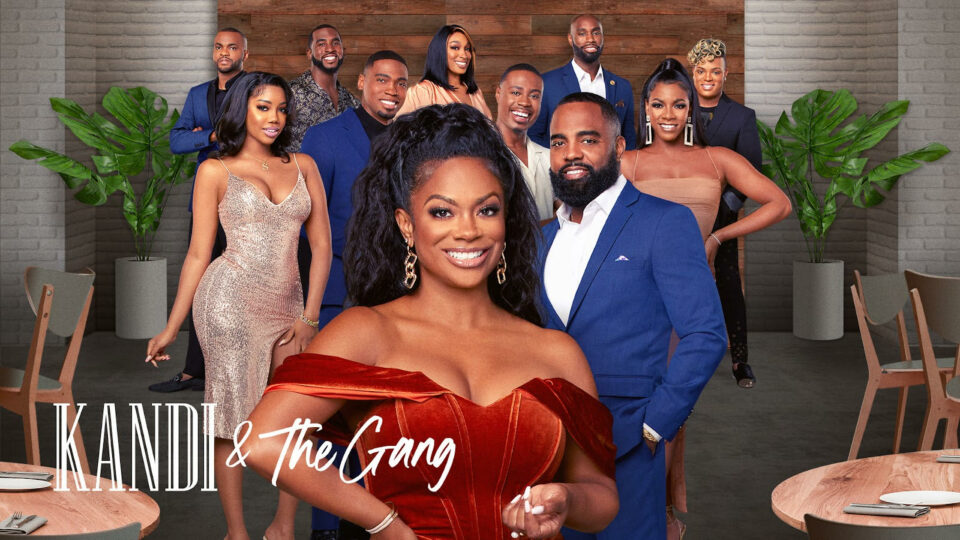 With 13 seasons of The Real Housewives of Atlanta under her belt, singer/songwriter and TV star Kandi Burruss is ready to introduce her life as the owner of her OLG restaurant through her new spin-off series Kandi and The Gang.

The new show follows Kandi, husband Todd Tucker, and their staff of family and friends at Atlanta’s own OLG (Old Lady Gang) restaurant as they work to overcome the drama that often challenges them from getting the work done.

Speaking with BLACK ENTERPRISE, Kandi dishes on her new spin-off and how her staff responded to appearing on reality television. The boss and TV star also dished on which of her employees she thinks will be the standout among viewers.

Between Shawndreka Robinson’s attitude towards the new General Manager Phillip Frempong, Brandon Black spending more time flirting with Dom’Unique Variety than actually working, and Brian Redmond returning to work as a bartender while promoting his own food business, Kandi and Todd have their hands full.

Not to forget, Kandi’s outspoken Mama Joyce and her two boisterous sisters Aunt Nora Wilcox and Aunt Bertha Jones who also bring their own drama. Kandi explains how she got Bravo on board with the idea of a show around one of her many businesses.

The network is no stranger to giving Kandi spin-off specials. But she is the first Black housewife to secure a spin-off following her business. Kandi explains how she pitched the show to the network and the early development of Kandi and The Gang.

Kandi takes pride in the “transparent” storylines her staff brings to the show and the diversity. Between Brian sharing his journey to sobriety and Kandi’s real-life family drama that spilled into the show, viewers will be able to walk away with new perspectives as well as tea!

With Kandi’s new spin-off adding to the much-needed diversity on Bravo, the Grammy award-winning songwriter explained how she reached out to the network to petition them about adding more people of color to executive roles. Her words didn’t go unnoticed, and Kandi was able to bring about groundbreaking change at Bravo.

Kandi is also set to appear in The Real Housewives of Atlanta season 14 and dished on what filming was like with the new cast. Kandi explains why Sheree Whitfield returned and took full ownership of her reigning OG title and how much Marlo Hampton showed out now that she has become a full-time housewife. Kandi also touched on the heated exchange she got into with Marlo and how they were able to work out their differences and remain friends.

On top of making music, appearing on two reality TV shows, acting in The Chi, and touring as part of her group Xscape, Kandi is also a busy mother of three who shares her mommy mistakes on Instagram. Speaking on her life as a working mom, Kandi explains how she manages all of the important roles in her life.

She also teased the creative projects she is looking to embark on despite how full her plate already is. Press play below to get Kandi’s take on her new show, the new season of RHOA, and being a full-time Boss Mom.