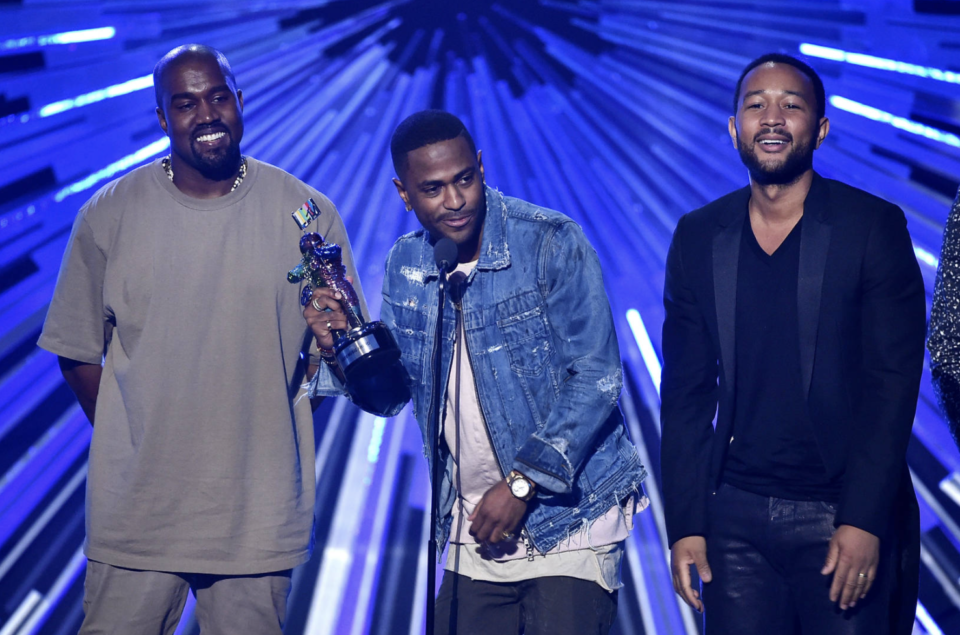 Ye’s (formerly known as Kanye West) recent appearance on Noreaga and DJ EFN Drink Champ’s left many viewers confused about who the actual sellout was after the “Love Lockdown” rapper referred to Big Sean, another emcee, and crooner John Legend as “sellouts.”

On Nov. 4, the Chicago native’s rant was prompted by Noreaga’s question, “Pusha [T] or Big Sean?”

Yeezy jumped at the opportunity to stick it to his former protégé. The “Through The Fire” emcee hopped up from his seat, grabbing a “R.I.P.” tombstone prop, saying, “Oh, I love this!! Let me tell you. I already decided that when I die, on my tombstone, it’s gonna say, ‘I deserve to be here because I signed Big Sean.”

“No, I’m saying that the worst thing I’ve ever done is sign Big Sean,” Ye continued.

The stunned rapper’s face changed from excited to perplexed when he realized that Ye had said “worst” and not “best.”

“Nah, man, they let that—I know this man mama, bro,” said Ye. “You know what I’m saying? I changed this man family, and both John Legend and Big Sean, when I ran for office, got used quick by the Democrats to combat they boy that actually changed they life. And that’s some sellout sh*t, and I don’t rock with neither of them, and I need my apology.”

Yes. The same man, who in 2005, told the world “George Bush doesn’t care about Black people,” called Big Sean and Legend sellouts for not helping him push Donald Trump’s agenda.

Black Twitter was buzzing with the salacious statement. And they responded in kind.

“Both Big Sean and John Legend, when I ran for office, got used by the Democrats to come at they boy … and that’s some sellout shit.” – Kanye says on Drink Champs pic.twitter.com/cOy9WCm7Qe

I hope Big Sean get in the studio dissing the shit out of Kanye for what he said on Drink Champs. That nigga sold out to Donald Trump but getting mad at Sean & John Legend for not rocking with his “run” for office and called them the worst thing he’s done? I’m tight if I’m them pic.twitter.com/j6iIy640ix

Lotta gems in that Drink Champs interview but I can’t get over what he said about Big Sean & John Legend and the rationale behind it. This the first time in my entire life where I’ve been able to confidently say “man Kanye on that bullshit.”

On Twitter, Big Sean commented that this was the first he’s heard of any problem his former label boss had. He posted a photo of him and Ye chilling out.

“Was just wit this man, he ain’t say none of that!!! And this was after the interview! I’m dying laughing at you, @kanyewest.”

Was just wit this man, he ain’t say none of that!!! And this was after the interview! I’m dying laughing at you @kanyewest 😂 pic.twitter.com/xUJNlolKf0

“I can’t wait to go on Drink Champs now!!!” Big Sean wrote in another tweet.

I can’t wait to go on drink champs now!!!

One fan pointed out in a tweet that Ye was supposed to give Sean his masters and he owed him $3 million.

“Kanye owes Big Sean $3M and said he’d give Sean his masters too which he never ended up doing, and Sean never complained about either publicly. He’s just too nice,” the Twitter user wrote.

Kanye owes Big Sean $3M and said he’d give Sean his masters too which he never ended up doing, and Sean never complained about either publicly. He’s just too nice

The native Detroiter dropped a now-deleted tweet correcting the user. 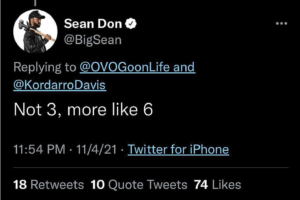 Yeezy’s obsession and worship of Trump turned off many fans and celebs alike.

Even Jigga told him to bring it back to this side.

The Drink Champs episode was over two hours long. That’s a lot of Ye to take in– in a day.

John Legend has not commented on the statement.