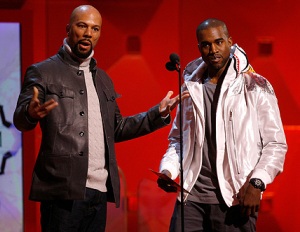 By building an alliance with Chicago’s Urban League, two of Chicago’s biggest Hip-Hop figures want to bringÂ 20,000Â jobs to the city streets that are dangerous to countless inner-city youth.

Common and Kanye West, plan on using their names, influence and organizations to bring hope to a city that gravely needs it.

TheGrio is reporting that Common‘s foundation Common Ground and Kanye’s DONDA organization will be holding a music festival this year to raise money and awarenessÂ forÂ their cause.

‘Obviously, one of the biggest reasons our kids are going through what they’re going through is because of poverty. I was doing an event in the neighborhood and there were some kids from Englewood and I said, ‘Man, what do y’all really need? What’s gonna stop this?’ And they were like, ‘We need money. Man, if we could work.’ They want a chance.’ says Common