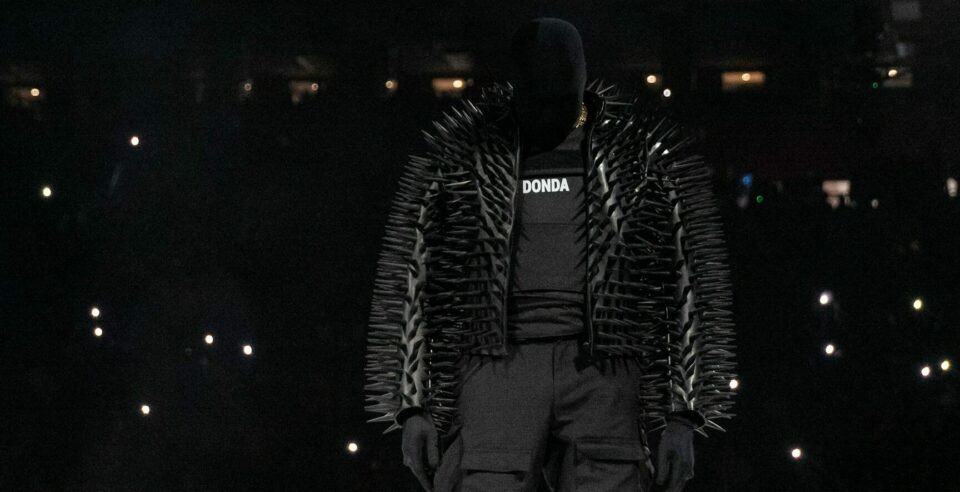 During a speech at the Feb. 11 screening of Netflix documentary jeen-yuhs: A Kanye Trilogy in Los Angeles, Kanye West took the stage to encourage and further progress Black ownership, an idea at the core of his newly conceived mantra, Black Future Month.

The documentary provides an intimate look behind-the-scenes over a 20-year span of the music and fashion mogul. It made its world premiere at the virtual Sundance Film Festival on Jan. 23 and will have a three-week run on Netflix starting on Feb. 16.

“That’s just a smokescreen, and it’s for us to take this. We on labels we don’t own, play for basketball teams we don’t own. The time is now. I got offered $100 million by Larry Jackson to put DONDA on Apple, but I ain’t never got a meeting with Tim Cook. So it ain’t about the money, it’s about our power and out respect collectively. So I be saying stuff that people try to remind me in Black History Month that people got killed for. But this is Black Future Month,” West said.

The Yeezy designer stood alongside directors Clarence “Coodie” Simmons and Chike Ozah, and rapper DaBaby to promote the importance of protecting each other and standing by one another as a Black community.

“People try to cancel us and we all run away from each other… we not talking to each other, not communicating, and that’s why on Black Future Month we stood up and said, ‘We got to stand next to each other and we ain’t gonna let each other go when someone brings up one mistake that someone did,’” he said in an Instagram video posted by designer Tracey Mills.

Act 1 for jeen-yuhs: A Kanye Trilogy will be available for streaming on Netflix on Feb. 16, while the 2nd and 3rd acts will be released each consecutive week.