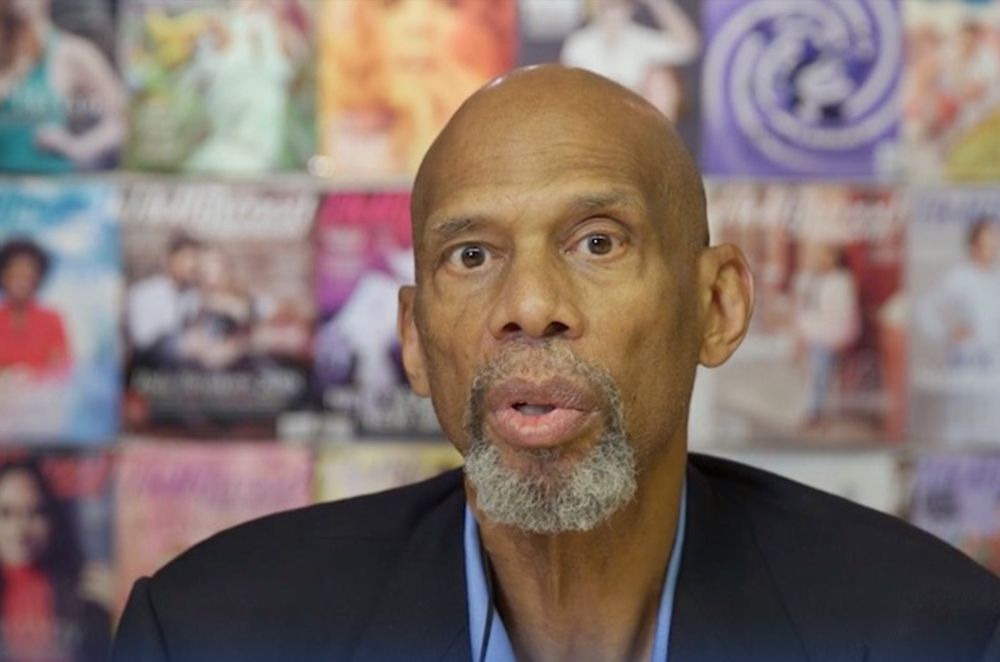 According to The Hill, Abdul-Jabbar slammed Stockton on CNN, saying that his comments gives people the impression that “athletes” are “basically dumb jocks.”

Stockton was in the news because Gonzaga University, his alma mater, suspended his season tickets because he refused to wear a mask to games.

In an interview with The Spokesman-Review, Stockton, a Hall of Famer, admitted that he was banned from the campus and said, “Basically, it came down to, they were asking me to wear a mask to the games and being a public figure, someone a little bit more visible, I stuck out in the crowd a little bit. And therefore they received complaints and felt like from whatever the higher-ups–those weren’t discussed, but from whatever it was higher up–they were going to have to either ask me to wear a mask or they were going to suspend my tickets.”

Stockton followed up with a doozy of a lie.

This prompted a response from Abdul-Jabbar during a recent interview with CNN.

“I think statements like that make the public look upon athletes basically as dumb jocks, for trying to explain away something that is obviously a pandemic,” said Abdul-Jabbar. “I don’t understand anyone saying anything else. It doesn’t make sense what he’s saying. This is a preventative measure that has been useful in many different circumstances.”

“We have to use common sense and approach this in a way that gets the results we want to get,” he added. “I think John’s reaction to the vaccine is extreme and not based on reality or facts. If John could just check the facts out he would understand that this vaccine is saving lives and preventing people from having serious reactions to the virus. It won’t eliminate the virus overnight, but it will stop people from dying and will stop people from becoming seriously ill.”

Responding on @CNN to John Stockton’s comments in the @SpokesmanReview — specifically Stockton’s implication pro athletes have died from vaccines — NBA Hall of Famer Kareem Abdul-Jabbar says, “I think statements like that make the public look upon athletes like dumb jocks.” pic.twitter.com/BVCCoezb5m