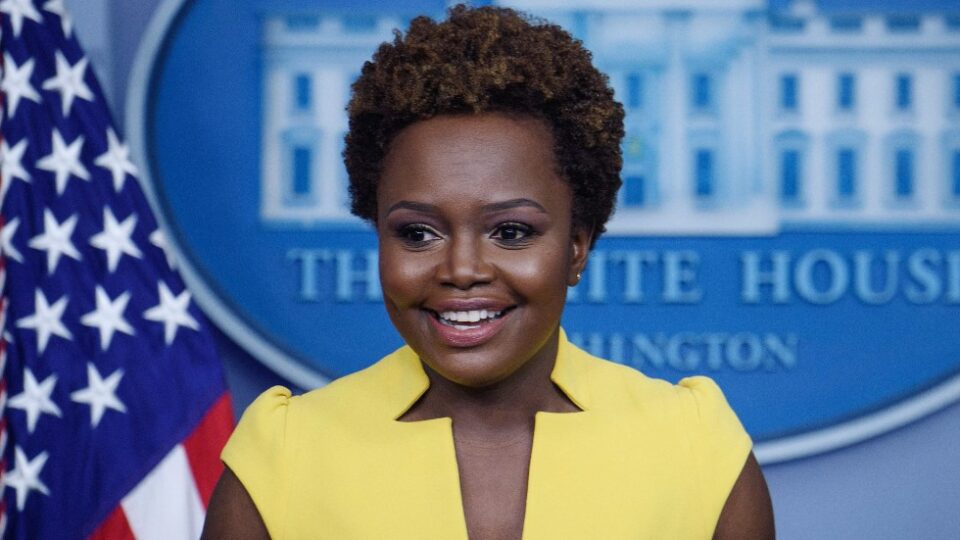 CNN reports Jean-Pierre is currently serving in the role of White House principal deputy press secretary and will formally start in the role following Psaki’s last day on May 13. Psaki is leaving the Biden administration to take a role with MSNBC.

“Karine not only brings the experience, talent and integrity needed for this difficult job, but she will continue to lead the way in communicating about the work of the Biden-Harris Administration on behalf of the American people,” President Joe Biden said in a statement, adding that “Jen Psaki has set the standard for returning decency, respect and decorum to the White House Briefing Room.”

Last May, Jean-Pierre became the second Black woman to hold the White House daily press briefing. She has also served on the White House communications team after Biden took office. Before that, she was an advisor for Biden during his campaign and was chief of staff for Vice President Kamala Harris.

Jean-Pierre is accustomed to the role as she Is often in the room during press briefings and has filled in for Psaki several times since Biden became president. She also replaced Psaki on Biden’s four-day trip to Europe after Psaki tested positive for COVID-19.

Jean-Pierre was one of several names being rumored to replace Psaki including Pentagon Spokesman John Kirby, who has become a well-known face in press briefings and on cable television discussing the war in Ukraine.

Psaki thanked the president Biden and First Lady Jill Biden in a message on Twitter and also congratulated Jean-Pierre on the new role adding “I can’t wait to see her shine as she brings her own style, brilliance and grace to the podium.”

In her new role as press secretary, Jean-Pierre will brief the country on the war in Ukraine, the COVID-19.  pandemic, the economy and the battle over abortion rights in the Supreme Court.