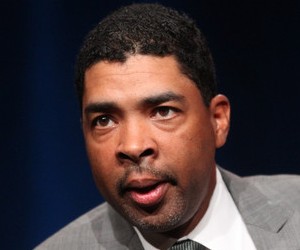 Clinkscales, who started Vibe Magazine with music industry legend Quincy Jones and Time Warner, was recently named one of “The Top 50 Minorities in Cableâ€ by CableWorld Magazine.

The site promises to engage in topical conversations relating to sports, pop culture and race.

“TheShadowLeague.com is a platform where a dialogue about these subjects and how they co-mingle with each other is fostered. We aim to delve into areas of culture and perception that are often overlooked, under-reported or simply dismissed,â€ says Clinkscales.

The award-winning content producer has maintained a relationship with big-time sports brand ESPN. ESPN announced a relationship with The Shadow League that consists of funding and content opportunities, however, the online destination will still remain independent with its own editorial voice.

TheShadowLeague.com’s staffers include Editor in Chief Vincent Thomas, Deputy Editor Khalid Salaam, and the roster of writers include a mix of sports journalism vets and up-and-comers, from J.R. Gamble and Keith Murphy to Maurice Bobb and Kelley Carter, among others.

You can check out the site here

FacebookTwitterYoutube
← A Crash Course on the CFPB and Why it Matters to all Future Homeowners ← La La Anthony Decoded: DJ to VJ, Now America’s Favorite Reality Host
×