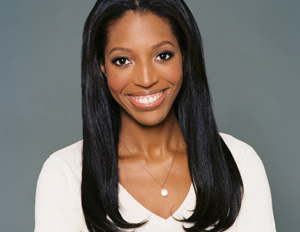 Keli Goff, a multiplatformÂ journalist, author, and staff writerÂ last season for BET’s hit series Being Mary Jane, is a writer with an interest in social change.

A graduate of Columbia University’s M.A in strategic communications program, this communications maven is quite comfortable navigating the varied realm of media, entertainment, and the arts–all with the power of the written word. Goff has fueled nationwide conversations about politics, race, and gender through appearances on renowned mass media outlets, such as CBS, MSNBC, NPR, FOX, BET, andÂ NBC’s Meet the Press, among others.Â She is the author of two critically-acclaimed books,Â Party Crashing: How the Hip Hop Generation Declared Political Independence,Â and a political novel titledÂ The GQ Candidate.

Additionally, she is aÂ 2014-2016 fellow in New York Public Theater’s Emerging Playwriting Group, as well as a columnist forÂ The Daily Beast.Â

BlackEnterprise.com caught up with Keli Goff to discuss her multiplatform story-telling, balancing career autonomy with economic realities, and the relationship between her writing and social change interests.

BlackEnterprise.com: You’ve participated in virtually every sector of the media world. How do you identify, in terms of career?

Goff: I’m a writer. It’s what I spend most of my time doing and what I’m most fulfilled doing. I’ve appeared on television alot as a political analyst and a commentator. Some people would say that when you’re a multi-platform writer or journalist you’re a storyteller; especially when you do it in different genres. But I think of myself as a writer. What inspires me the most is asking myself what it is that I’m trying to say or that I feel the need to say, and which platform will provide the best vehicle to tell that story. One of the reasons I transitioned into playwriting is that the media landscape was changing so much that it gets much harder to tell complex stories through traditional media.

What do you consider traditional media?

Traditional cable shows, writing for newspapers and print magazines, writing for online outlets–all of which I’ve done. Things are getting faster. Stories have to be told in a shorter, more succinct fashion because so much is being driven by the Internet. There’s alot less time and room for nuance and, to me, that’s where the most interesting stories lay. I like to have the room to breakdown what fuels someone’s perspective, not just what their perspective is. You can’t really do that in 800 words or in a 5min segment.

What are your thoughts on media and social change?

There are all sorts of ways to contribute to society and the arts is one of them; writing can be one of them. This is getting harder and harder to do through journalism because of the way the industry is changing, so I was really interested in other mediums. People aren’t really getting to know people’s stories; what got them to where they are, what got them to the point where they happen to disagree on an issue. It’s really hard to hate someone when you know them as a person and a lot of what’s happening in media right now is you ‘know’ someone through their tweets, through the five minutes you saw them in a segment on a cable news show. If you have any interest in changing someone’s heart and mind, yelling at them [or telling them] they’re a bad person based on a tweet or a segment, is not a productive way to get there. If you don’t understand where someone else is coming from who disagrees with you, its makes it hard for you to reach them and, also, for you to grow as a person.