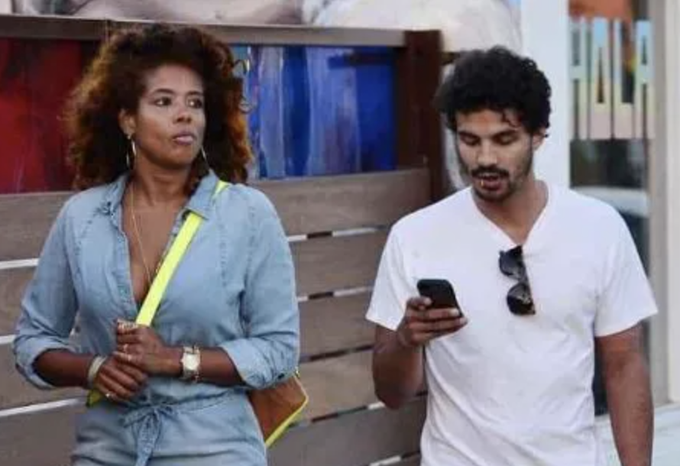 An unfortunate situation has struck the family of R & B singer Kelis. In a series of Instagram posts, her husband has revealed that he is battling stage 4 stomach cancer.

Mike Mora, who is a photographer has been documenting his battle with stomach cancer on his Instagram account recently.

Mora has been married to the singer since 2014. They share a son named Shepherd, who was born in 2015, and a daughter named Galilee, who was born last year. Kelis also shares a son named Knight with ex-husband rapper and entrepreneur Nas, who is now 12 years old.

Mora unveiled that he had not been feeling well and he initially thought that the fatigue and pain he was experiencing was due to the physical work he had been doing on a farm he and his family had recently moved to. But he said the worst pain was in his stomach and it started to affect him in a way he knew wasn’t right.

According to reports, Mora experienced a variety of issues from loss of appetite to severe stomach pain, and saw three different specialists before having an endoscopic biopsy.  Mora was diagnosed with gastric adenocarcinoma — stomach cancer stage 4. The cancer had also spread to the lymph nodes in his back.

He has since been in treatment. A week ago on September 28, in an Instagram post, Mora stated that doctors gave him 18 months to live, and it’s already been 12.

He posted a message to try to inspire those who may take life, things, and family for granted.

“I am posting this…after so much thought. Many hours thinking of what the right thing to do is. Not because of a selfish reason .not because I want people to feel bad or sorry for me and my family. I am posting this because life is full of the most unexpected situations. I never thought this could happen to me. At just 36, with 3 kiddos, and a wife that loves me. I want to be able to help those that might be experiencing something like this- a life altering disease full of questions and doubt- maybe, hopefully. By showing that it’s possible to make it through. You always see people post about how life is too short. How you should reach out to those you love no matter where life has taken you. It is the truth. Don’t take your time here, your time with friends, family, for granted. Shit can be over just like that!”

As for Kelis, Ramada by Wyndham recently partnered with the singer for a new digital series that appeals to the still-reluctant traveler, while supporting independent restaurants across the country.