Kelly Price Breaks Her Silence, Says She Almost Died and Flatlined Due to COVID 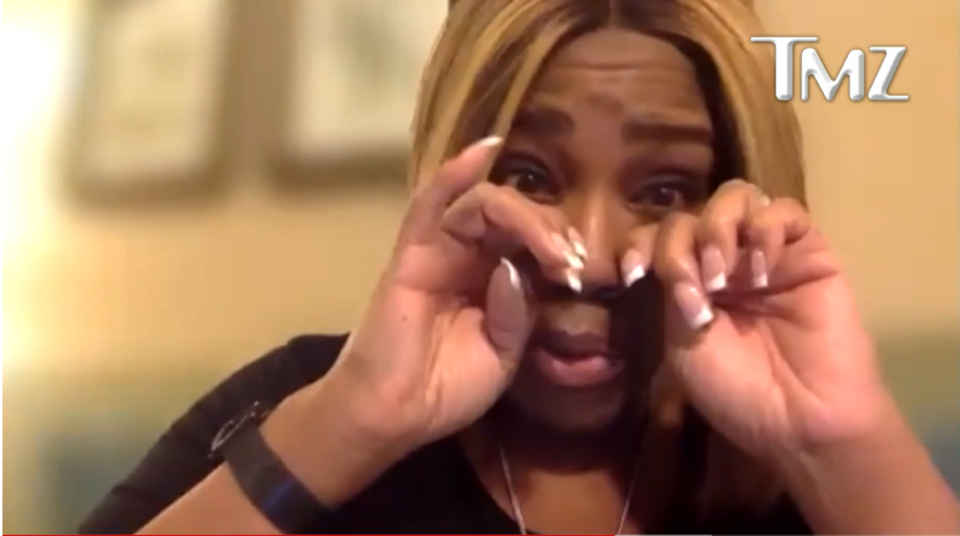 The ongoing saga over where is singer Kelly Price has come to an end after she finally broke her silence and addressed the wave of concern over her wellbeing.

Price who has been missing in action, told TMZ that she actually wasn’t and nearly died from COVID-19. She explained that’s the reason why she shielded herself from everyone and didn’t want family members to face the same fate.

Price said she had a serious bout of Coronavirus that almost cost her life. In fact, she says her heart stopped and she flatlined before she was resuscitated by doctors and nursing staff. She was basically knocking at death’s door.

Still Price said it’s tough because she’s on oxygen and has a long road ahead to recovery.

Check out her videos explaining her dire situation.

Price’s attorneys disclosed that she was recovering from COVID-19 and out of harm’s way despite not being in her Cobb County home. No additional information was given regarding Price’s missing person’s status.

Price reportedly left the hospital despite still being sick, and that’s when family members became concerned.

Relatives told TMZ that after August, they lost contact with Price. They maintained contact with the woman during her hospital stay, but after her children received a call that she had been discharged from the hospital three weeks after being admitted– they hadn’t spoken to Price.

Now it’s clear why she distanced herself from her family. We wish Price a speedy recovery.