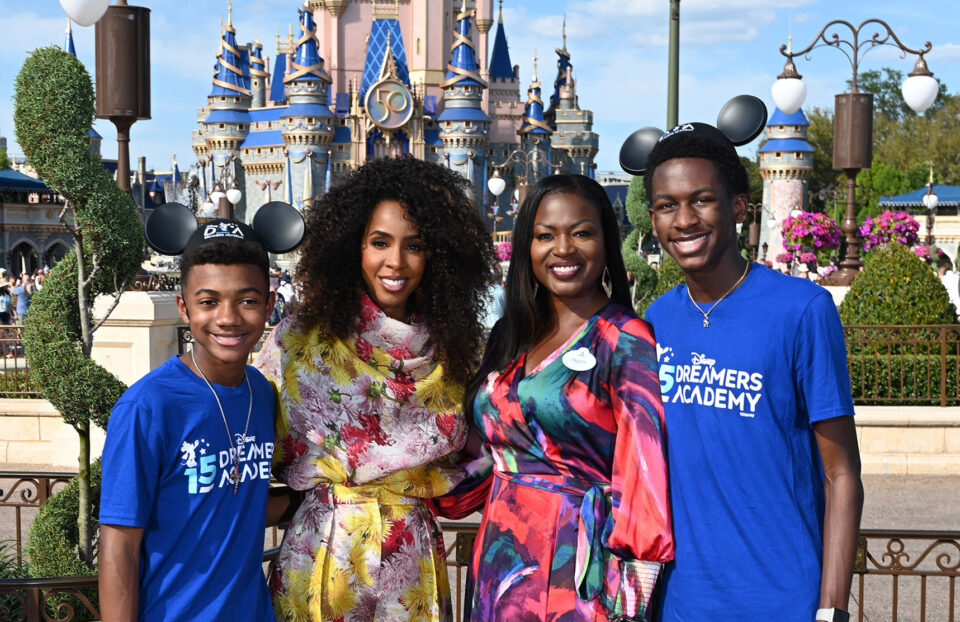 Kelly Rowland served as this year’s celebrity ambassador for Disney Dreamers Academy’s 15h Anniversary at the Walt Disney World Resort in Orlando, Florida. Rowland spoke to Black Enterprise and was shocked when she heard that fans of the rebooted Proud Family: Louder and Prouder threatened the creators not to change the theme song sung by Solange and Destiny’s Child initially. Twitter users said the animated series original theme song felt like home.

When asked what she would say to the fans of the animated reboot program, Rowland said, “I would still exist, there’s space for everybody. It’s a new generation, and we did it at one point in time, and it will continue to evolve. It’s still the Proud family.”

The four-time Grammy Award winner did acknowledge that the initial song for the show was peak Black excellence, “I mean, ours was dope, ours was dope,” Rowland humblebrags between giggles.

But she adds, “But I say celebrate everybody; you know what I mean. The young lady [singer Joyce Wrice] that sings it, I have one of her songs in my playlists, and I love her voice, let’s celebrate her, don’t do that to her,” advises the statuesque songstress.

Although the former Destiny’s Child band member attended the educational event to inspire and mentor dreamers as they pursue their goals, Rowland also revealed she is also a dreamer and has an idea for a movie she wants to present to Disney. She did not divulge any details but did say, “I definitely want to do a Disney movie. I don’t know in what space yet. I want to create one. I have a really, really, big idea on my vision board right now, but it’s a space I feel that is not really catered to, and I’m excited about, and I won’t say what it is yet because I’m way too excited about it. Some stuff is just mum’s the word, and someone also told me that sometimes power moves in silence, so I want to move in silence and just execute it and get it done, even blow my own mind,” she says with a bubbly laugh.

Whatever movie project Rowland is cooking up and when she is ready to share her vision for a movie, her fans will support it.