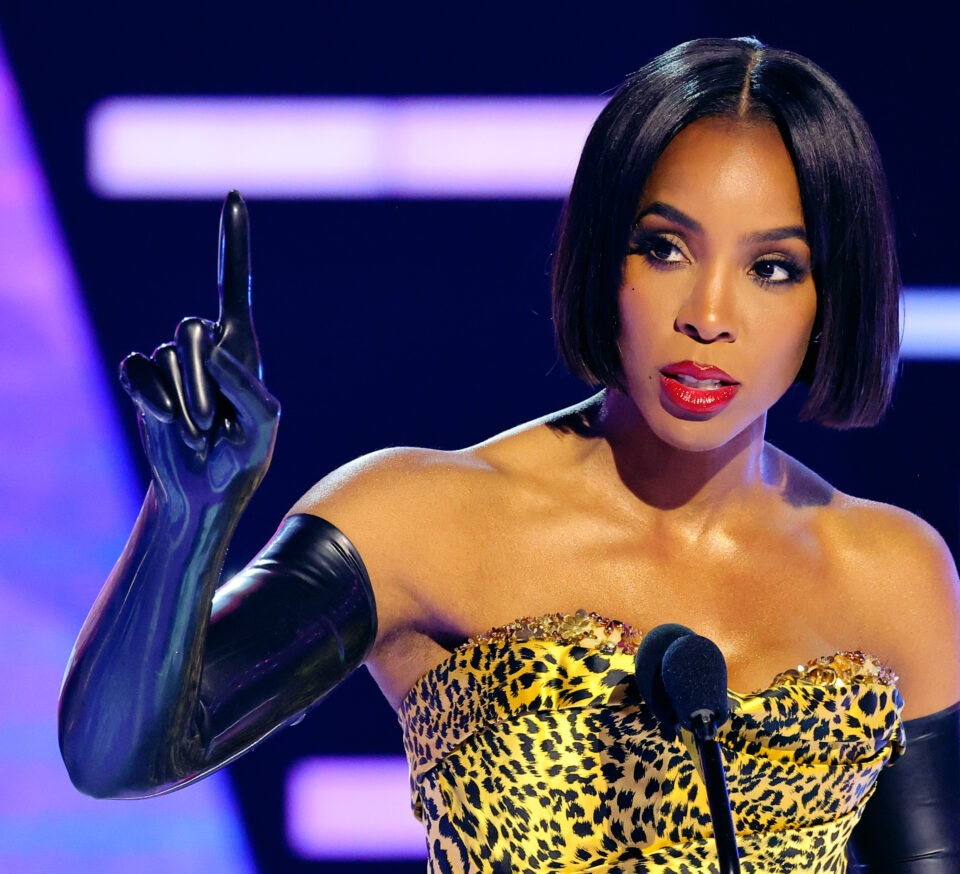 Former Destiny’s Child member, Kelly Rowland has been seen a lot more lately and she’s been shutting down folks for being loud and wrong and last night she had yet another moment of hushing people up.

After thanking fans last week for defending her after a radio interview, Rowland again spoke out after audience members at the American Music Awards booed an absent Chris Brown after he won an award.

According to Deadline, the Dilemma singer chastised booing audience members who were present at the AMAs when she went to accept an award that he won. Not feeling the lack of respect for the R&B singer, Rowland quickly admonished the crowd when she instructed them to “chill out.”

“Now Chris Brown is not here tonight so I’m accepting this award on his behalf.

“Excuse me… chill out,” Rowland said as Audience members dared to boo.

“But I wanted to tell Chris, thank you so much for making great R&B music and I want to tell him thank you for being an incredible performer. I’ll take this award — bring it to you. I love you. Congratulations. And congratulations to all the nominees in this category.”

For a reason not disclosed, the AMAs canceled a performance Brown was scheduled to do on the awards show.

Brown, evidently disappointed, posted a recording of a rehearsal his team had done prior to finding out he wouldn’t be performing on the show. It was a planned tribute to Michael Jackson and the 40th anniversary of the release of Jackson’s biggest album, Thriller. In the video clip, Brown is seen dancing with several other performers as they danced to several hits from the album. The songs included Beat It, Thriller, Wanna Be Starting Something, and Billie Jean.

According to Billboard, Rowland made some noise last week after she appeared on New York’s Hot 97. She was on the Ebro in the Morning With Laura Stylez and Rosenberg. Co-host, Peter Rosenberg questioned Rowland about playing second fiddle to Beyoncé on Destiny’s Child and as a solo artist.

Without missing a beat, Rowland responded by saying, “Here’s the thing. Light attracts light. I am light, so I am a beautiful brown shining light, so I don’t think anybody’s light dims anyone else’s.”

“I think that when other people start to compare you, I think that that’s when it shows you how dim they are of themselves. So I don’t take somebody else trying to dim my light anymore for anybody else. I love Bey, I know that she’s a light, but I know that I’m a light too.”