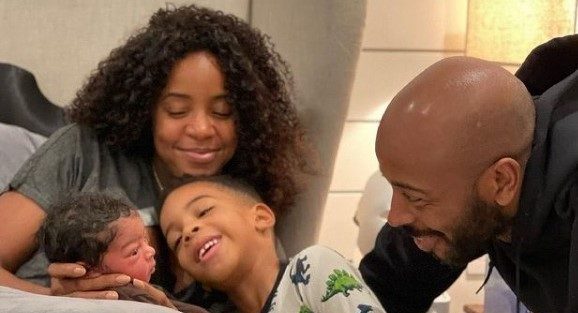 Giving birth should be no less special, despite the pandemic. During an appearance on the Ellen DeGeneres Show, Kelly Rowland revealed how she was able to involve her family while giving birth to her son, Noah, despite the pandemic. Roland joined TikTok and playfully danced in videos with her pregnant belly. Later, she creatively adhered to social distancing guidelines, when it was time for her son to meet his family. Ellen’s host, Kalen Allen, remarked that he heard the singer gave birth over Zoom. Rowland confirmed the truth of her experience, during the interview. Now, she is the mother of two children.

“Well, you know, the last time when I had (my first son) Titan, my family was in there, and this time they weren’t. You know…everybody was feeling a way about that, because we like to, you know, be at each other’s births, and so yeah, we got a Zoom and everyone was there. I mean, you know, the proper angle only,” Rowland said, without dishing out specific details.

Allen laughed, also adding that he felt that it was amazing that people could still take part in the special moment since a child’s father is normally the only other person who may be present during a baby’s birth. The host shifted gears, during the interview. He wanted to know about a few more people in Rowland’s life.

“I understand that Beyoncé and Michelle have met Noah. What’s it like when you get together with your families…?” Allen asked.

Rowland opened up about her Destiny’s Child friendships. Beyoncé Knowles and Michelle Williams are the 40-year-old singer’s bandmates who won prestigious awards with her. However, Rowland stated that she loves her “girls,” while also referring to them as “sisters,” which underscores their bond beyond the high-profile music industry connection.

“It’s really amazing, you know. I remember, like I have pictures of course of them holding him, and like just loving on him, and hugging him and everything, you know. But I always say like Destiny’s Child is one thing. That’s singing together and winning awards, and everything like that, but the friendship that we share, is still to this day,” Rowland said.

Rowland also shared a recent family photo on her Instagram account on Flashback Friday. She shared joyful sentiments about the day she brought Noah home to meet his big brother, Titan.

“The level of excitement was THROUGH the roof! And watching my family multiply has been my hearts joy! So grateful for my circle of support yo help me through it all too, cause it’s definitely a shift, but so worth it!