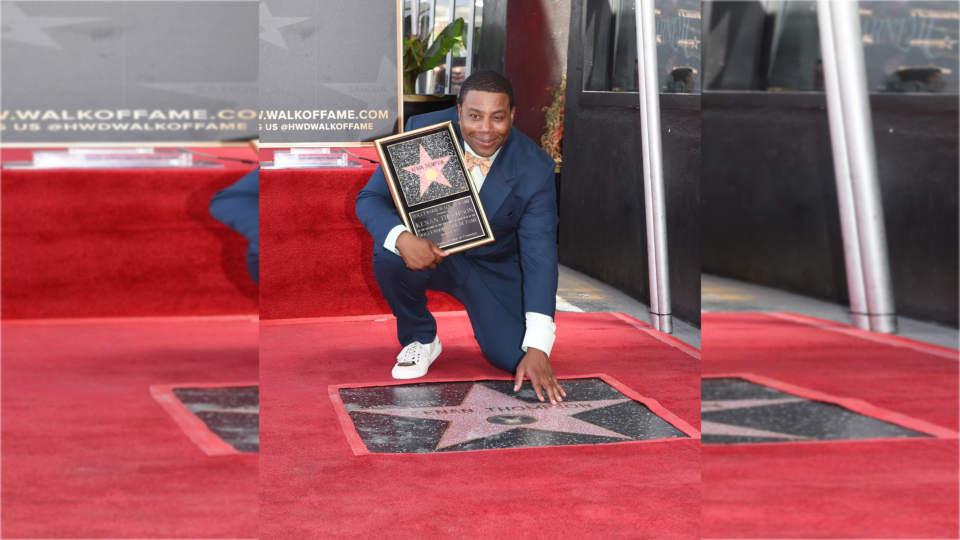 Saturday Night Live’s Kenan Thompson has had a very good year thus far — outside of divorcing his wife — and now his name has been added to the hallowed walkway in Hollywood.

The award-winning actor and comedian was memorialized with the 2,728th star on the Hollywood Walk of Fame on Thursday, Aug. 11. Thompson’s star is located at 6627 Hollywood Boulevard as the ceremony will take place at 11 a.m. PT.

“Kenan Thompson is the voice of a generation,” said Ana Martinez, producer of the Hollywood Walk of Fame, in a written statement.

“From Kenan and Kel to Saturday Night Live, Kenan has been making folks laugh for nearly 30 years. In celebration of his upcoming 20th anniversary on SNL, we thought it would be fitting to place Kenan’s star next to the star of the man who gave him his job, Lorne Michaels.”

The ceremony, which was streamed live exclusively at walkoffame.com, featured guest speakers, Josh Server, JB Smoove, and Leslie Jones while Lupita Sanchez Cornejo, chair of the Hollywood Chamber of Commerce will emcee the event.

Thompson was first seen as part of Nickelodeon’s all-kid sketch comedy series All That. Immediately, he and fellow cast member, Kel Mitchell, had their own spinoff series titled Kenan and Kel in 1996. Seven years later, Thompson joined NBC’s Saturday Night Live in 2003. The actor is the longest-running cast member of the show which is approaching its 50th season on air. He has been there for 19 seasons.

The Good Burger actor received two Emmy Award nominations in 2021 for Outstanding Lead Actor in a Comedy Series for his self-titled comedy series, Kenan, and Outstanding Supporting Actor in a Comedy Series for Saturday Night Live. He also received two Emmy nominations back in 2018 and in 2020 in the supporting actor category for SNL, as well as an Emmy for Outstanding Original Music and Lyrics in 2018 for the SNL song “Come Back, Barack.”