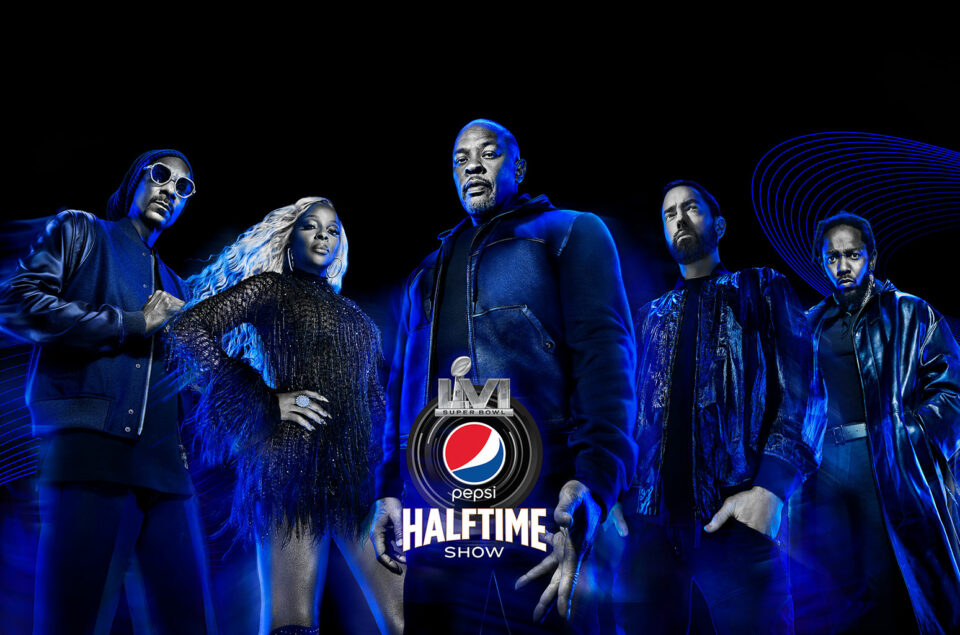 Super Bowl LVI is only weeks away, and to build anticipation, an official trailer for the star-studded halftime show was released, featuring the headliners.

On Thursday, Pepsi released a nearly four-minute Hollywood film-style promo trailer featuring all the performers getting the call, letting them know to assemble with Dr. Dre for the Feb. 13 show. Rappers Kendrick Lamar, Snoop Dogg, and Eminem, along with songstress Mary J. Blige, all made appearances in the video that serves as a tease of what’s to come when they all hit the stage next month.

Playing a series of chart-topping hits produced by the Beats By Dre creator, the trailer showed each artist in their element before receiving “The Call” that it was showtime.

Eminem was busy wordsmithing in some basement, most likely in Detroit, when he got the call. Snoop Dogg was riding around the streets of LA in his drop-top Cadillac when he received the alert.

Mary was getting glam for a photoshoot, and Kendrick was writing rhymes for potential new music his anxious fans can’t wait to get their hands on. All successful award-winning artists in their own right, they each showed their respect for Dre in the trailer by coming together once they were alerted about the show.

“Each time I collaborate with Dre, it seems to mark an important moment in entertainment history, from projects like Friday, Set It Off, Straight Outta Compton, to now the Pepsi Super Bowl LVI halftime show,” Gray said in a statement.

“As a super fan, I consider it an honor and privilege to authentically build and create this moment with five of the most legendary artists in music history. It’s been a blast!”