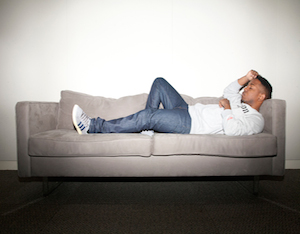 This week, the countdown begins for the 2014 Sundance Film Festival which will feature the world premiere of Compton rapper Kendrick Lamar‘sÂ short film.

Aug. 9 will findÂ the Grammy-nominated rapperÂ partnering with award-winning director Kahlil JosephÂ (“Until The Quiet Comes”) to debut a 14-minute cinematic piece inspired by the “Good Kid, M.A.A.d City“Â album. The event is part of Sundance’s first annual NEXT Fest,Â a mini-film festival that showcases budding directors and rising artists.

It will be held at Los Angeles’ Ace Hotel Downtown and Joseph is expected to make an appearance as well as possibly Kendrick Lamar. “M.A.A.d City” is described as a “kaleidoscope of story lines and ideas that defy typical categorization to explore new languages and new forms.”

Following the debut screening of the short, there will be a screening of Sundance winner “Imperial Dreams” and a performance from Tinashe. If you’re in the Los Angeles area and want to attend, you can purchase tickets by clicking here.