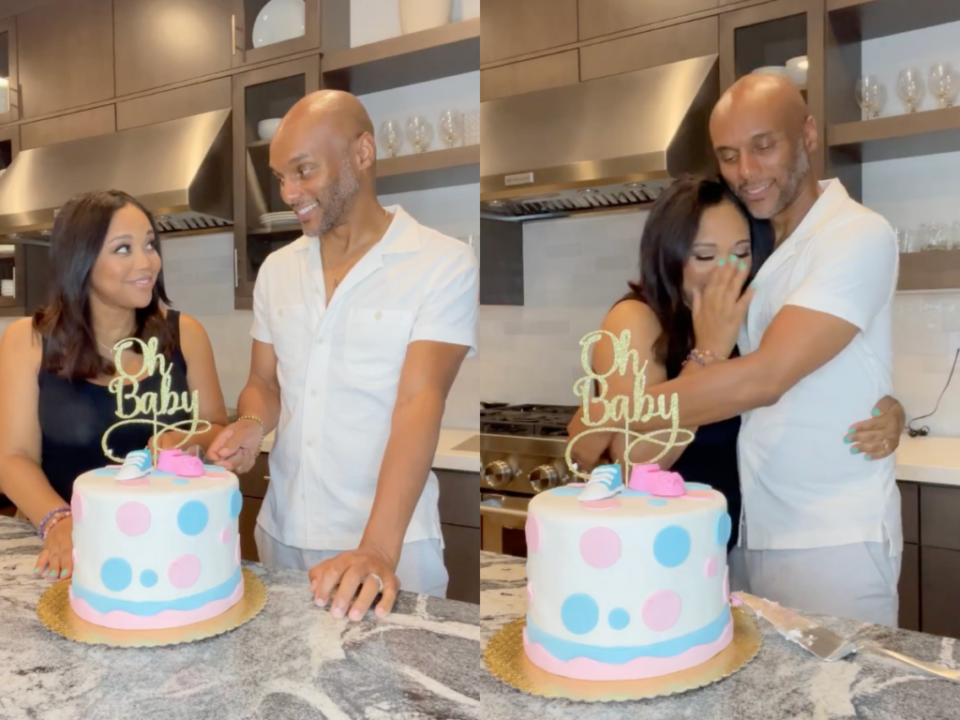 The Divorce Court star took to Instagram on Monday night to post the most adorable video clip introducing her baby girl to the world.

“Welcome to the world Skylar Leigh Lattimore!” she shared in her lengthy caption. “Last week our precious baby girl made her debut. And just like that life has taken on a whole new meaning 💕”

The video showed Lattimore’s hands wrapped around Jenkins’ hands as they both opened their hands to show baby Skylar’s little infant hand.

The MSNBC legal analyst went on to celebrate Lattimore for juggling his busy schedule while also prioritizing his wife throughout the pregnancy.

“The last nine months you have supported me in all the ways I needed it most,” she wrote, tagging her husband.

“I watched you juggle a lot with your schedule & you somehow managed to balance it all. If Skylar ever wants to know what true love looks like, she will look no further than you.”

Jenkins, 45, confirmed that the baby is “healthy” while she recovers from giving birth one week ago. Lattimore, 52, shared his own post welcoming their baby girl to the world.

“Welcome to the world Skylar Leigh Lattimore! Our sweet, beautiful baby girl arrived last week and mom and baby are doing well!” he captioned his post.

The “For You” singer also took a moment to celebrate his wife for her “strength” during the pregnancy and delivery.

“Faith, I marvel at your strength and resilience and am so happy our daughter has you as her guiding light in life,” he wrote. “You are going to be the most incredible mother to our Skylar. Just like in this video I think she’ll always instinctly [sic] know you’re just a finger grab away 😊! @judgefaithjenkins.”

Lattimore and Jenkins tied the knot in 2020 after getting engaged in the fall of 2019, Madame Noire reported. In February 2020, ahead of their wedding, Lattimore shared his excitement to get married again after his divorce from singer Chante Moore in 2011.

“When I started out my relationship in my last marriage, I think I wanted everything to be perfect almost too much,” he shared on Fox Soul’s Tammi Mac Show.

“I kind of walked on eggshells in the beginning and I just wanted her to be happy. In a similar manner that I want Faith to be happy, but the difference was, I don’t think I was always up front and honest.”

Lattimore continued. “Maybe the fear was, if I really say what I’m thinking now, this is going to be over. And what I learned was no, bring the truth. Bring the truth and authenticity at every single stage.