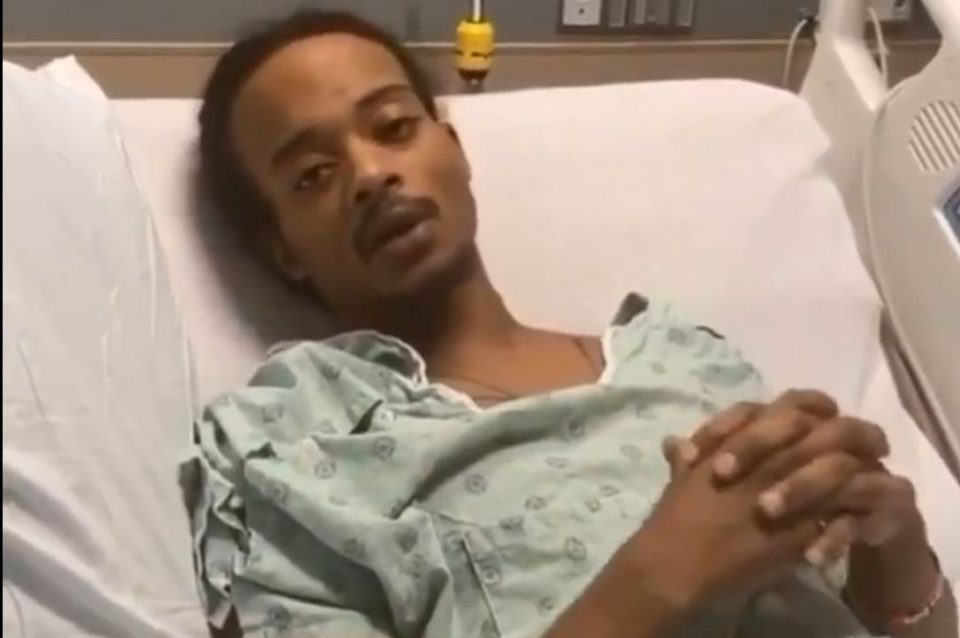 Much hasn’t been heard from Kenosha police shooting victim Jacob Blake since the young, Black man was shot 7 times point-blank range in the back from a white police officer in Wisconsin. Until now. According to BET, Blake, who is paralyzed from the waist down due to the shooting, has appeared on video to give a message to everyone.

He gives encouraging words from his hospital bed, “I just want to say, man – a lot of young cats out there and even the older ones, older than me, it’s a lot more life to live out here man,” he said. “Your life, and not only just your life. Your legs, something that you need to move around and move forward in life, can be taken from you like this man.

“And I promise you, the type of s**t that you will go through, staples, I got staples in my back, staples in my damn stomach, you do not want to have to deal with this s**t man. 24 hours, every 24 hours, it’s pain, it’s nothing but pain. It hurts to breathe, it hurts to sleep, it hurts to move from side-to-side, it hurts to eat. Please, I’m telling you, change y’all lives out there. We can stick together, make some money, make, make everything easier for our people out here, man because there’s so much time that’s been wasted.”

#JacobBlake released this powerful video message from his hospital bed today, reminding everyone just how precious life is. #JusticeForJacobBlake pic.twitter.com/87CYlgPDBj

Video footage captured showed an unarmed Blake being shot in the back seven times by a white police officer in front of his children as he entered his vehicle in Kenosha, Wisconsin 2 weeks ago.

This past Friday, according to Revolt, Blake made his first court appearance since being shot. He pled not guilty to a previous felony, misdemeanor criminal trespass, and disorderly conduct. The judge approved a $10,000 signature bond and mandated that he can only leave the state for medical treatment.

A pre-trial conference is currently scheduled for Oct. 21. The jury selection process is set to begin Nov. 9.