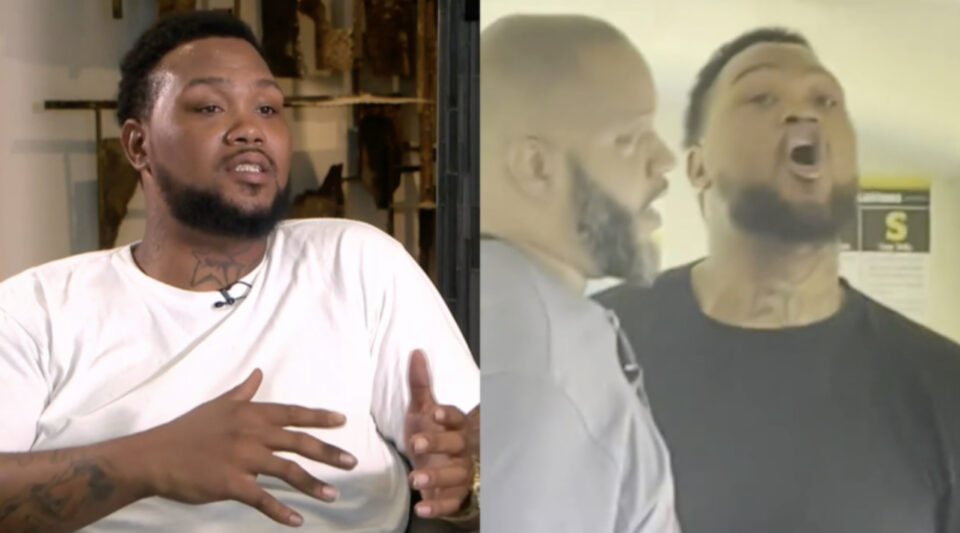 An embattled father publicly apologizes for his actions after being caught on cell phone video threatening a Jefferson County Public School bus full of students he alleged were bullying his daughter.

Delvantae King of Louisville, Kentucky, appeared on WAVE News Tuesday to share the story behind his outrage.

In an interview, King, whose 9-year-old daughter attends Carter Traditional Elementary, said he was defending his kin after she came home with a knot on her head last week from getting jumped.

King said his daughter had been a victim of verbal and physical bullying since early Spring 2022, so he confronted Carter Elementary and the parents of the bullies. The school told him they would handle it. Meanwhile, King had no luck with the parents.

The lack of a resolution led King to not only wait for his daughter at the bus stop on Friday but take matters into his own hands. A viral video shows the father hollering at the front of the bus being intercepted by another gentleman. He directs his anger toward the back of the bus and tells the students he would “flip this whole bus” if his daughter was bullied again.

One student is heard saying, “I didn’t touch her.”

After the video made its rounds on social media, King talked with the news outlet and walked back his actions.

On Friday, Carter Elementary sent an email claiming, “students reported seeing the occupants of the vehicle display a gun while following Bus #2047.” However, King completely denies these allegations.

“I don’t have guns,” he told WAVE. “I don’t follow school buses. I don’t wave guns at kids, at children. That is false. That is false. They’re down-tearing my character, making me seem like a monster that I’m not. I’m just a father that was worried about my child.”

According to WDRB, King is looking forward to meeting up with the child’s family involved with his daughter’s bullying.