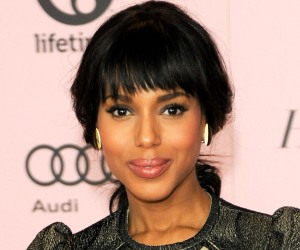 Kerry Washington was a three-time winner at the 44th annual NAACP Image Awards. She won an outstanding actress in a drama series for “Scandal,â€ supporting actress in a motion picture for “Django Unchainedâ€ and the President’s Award, which is given in recognition of special achievement and exceptional public service.

“This award does not belong to me,â€ said Kerry Washington, “It belongs to our ancestors. We shot this film on a slave plantation, and they were with us along every step of the way.â€