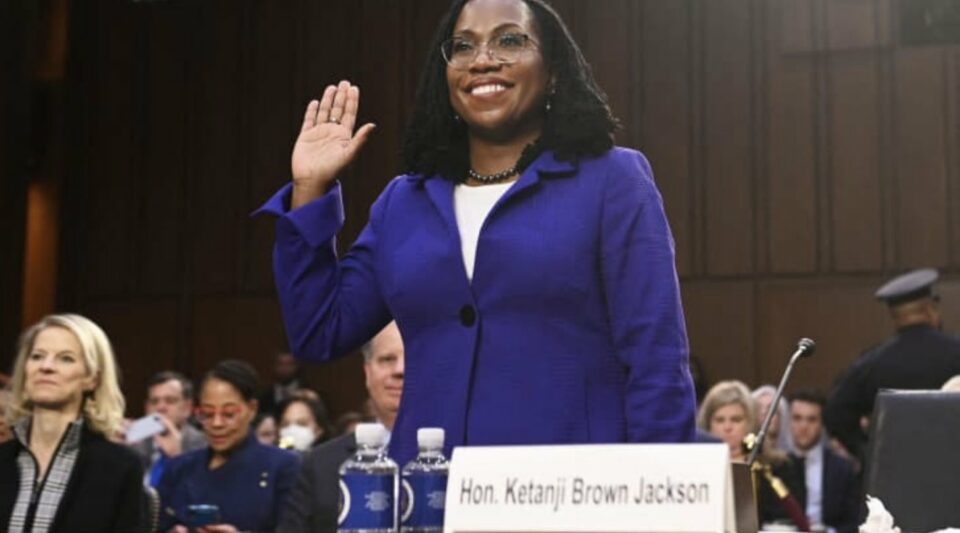 Ketanji Brown Jackson, the first Black woman to be nominated to the U.S. Supreme Court, is sitting before the Senate Judiciary Committee this week during her weeklong confirmation hearing. (Image: Twitter)

Ketanji Brown Jackson, the first Black woman to be nominated to the U.S. Supreme Court, has spent the last four days sitting before the Senate Judiciary Committee answering questions on her qualifications, decisions, and philosophy.

Here are some takeaways from the hearings as they come to a close:

Republicans Attacked Brown But To No Avail

Republican Senators said before the hearings that they didn’t want to turn it into an attack on Jackson—then, did just that. Marsha Blackburn (R-TN) pushed Jackson to define what a woman is. Ted Cruz (R-TX) continuously hurled questions at the Harvard graduate then interrupted her as she tried to answer, before checking Twitter to see how popular he was, and Lindsey Graham (R-SC) got testy with Jackson before melting down and storming off.

However, in true Black woman fashion, Jackson stayed cool, calm, and collected; keeping her answers to her judicial record and decisions and smiling along the way. She also knocked down an attempt by Sen. Josh Hawley (R-MO), who tried to paint Jackson as someone who sympathizes with sex offenders.

Sen. Cory Booker Was Jackson’s Biggest Cheerleader During The Hearings

Jackson’s biggest fan was New Jersey Democrat Cory Booker and he proved it in opening and closing statements to the judge.

In his opening statement Monday, Booker spoke on how historic Jackson’s hearing is and how excited he was simply to have Jackson in his office.

“Forgive me, when you were in my office, you were focused on the hearings and a lot of the substance that had such great questions I could not stop being just joyous that you were sitting in my office and I couldn’t stop bringing up to you the historical nature of this,” Booker said.

In his closing statements, Booker was brought to tears when describing what Jackson’s hearings and confirmation would mean to Black men, women, and children across the country.

“The way you have dealt with some of these things that’s why you are a judge and I am a politician because you have sat with grit and grace and have shown us just extraordinary demeanor,” Booker said.

“During the times people were saying things to you that are actually out of the norm.

“You are so much more than your race and gender, you are a Christian, you’re a mom, but for me, it’s hard not to look at you and see my mom,” Booker said later in his speech.

“I see my ancestors and yours. Nobody’s going to steal the joy of that woman in the street or the calls that I’m getting or the texts. You have earned this spot, you are worthy, you are a great American.”

Jackson’s family was introduced to the committee and she wasted little time telling them how important they were to her even sitting at a confirmation hearing.

Jackson told the committee without her husband Dr. Patrick Jackson‘s support “none of this would have been possible,” and she told her daughters, Talia and Leila, she knew “it has not been easy as I have tried to navigate the challenges of juggling my career and motherhood” and admitted she “did not always get the balance right.”

The comments brought both her husband and her children to tears as they realized how far her and their sacrifices have taken Jackson, showing an example of the historic achievements of Black women and the challenges working mothers have faced.