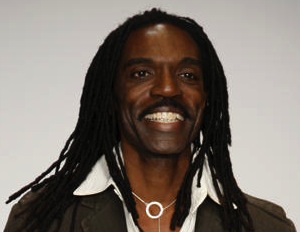 This week on The Urban Business Roundtable, UBR Contributor Renita D. Young talks with award-winning fashion designer Kevan Hall of Kevan Hall Designs, who shares how he turned his life-long love for fashion into an influential enterprise and globally respected design brand.

Born and raised in Detroit, Hall noticed his gift for design early on, when he earned a Designer of Tomorrow scholarship from the Fashion Institute of Design and Merchandising in Los Angeles. In 1982, he launched Kevan Hall Couture, a successful collection that captured the attention of fine retailers, including Neiman Marcus and Bergdorf Boodman. In 2002, Hall launched the Kevon Hall Collection and won the 47th Annual Gold Coast Fashion Award in Chicago as Designer of the Year. His collection has been worn by stars such as Vanessa Williams, Angela Bassett and Kimora Lee Simmons.

In my “Alfred’s Notepad” segment, I announce that nominations are now being accepted for the 2013 Black Enterprise Small Business Awards, our recognition of the best small, black-owned enterprises in four categories: BE Next (entrepreneurs ages 21-35), Innovator of the Year, Small Business of the Year and the Teenpreneur Award. This is your chance to nominate yourself or someone you know for recognition as one of nation’s outstanding entrepreneurs. The deadline for nominations is March 8, 2013; finalists will be recognized and winners announced at the 2013 Black Enterprise Entrepreneurs Conference, May 15-18, at the Columbus Convention Center in Columbus, Ohio.