Kevin Durant Fined $25,000 For Swearing At Fan During Game Against The Dallas Mavericks 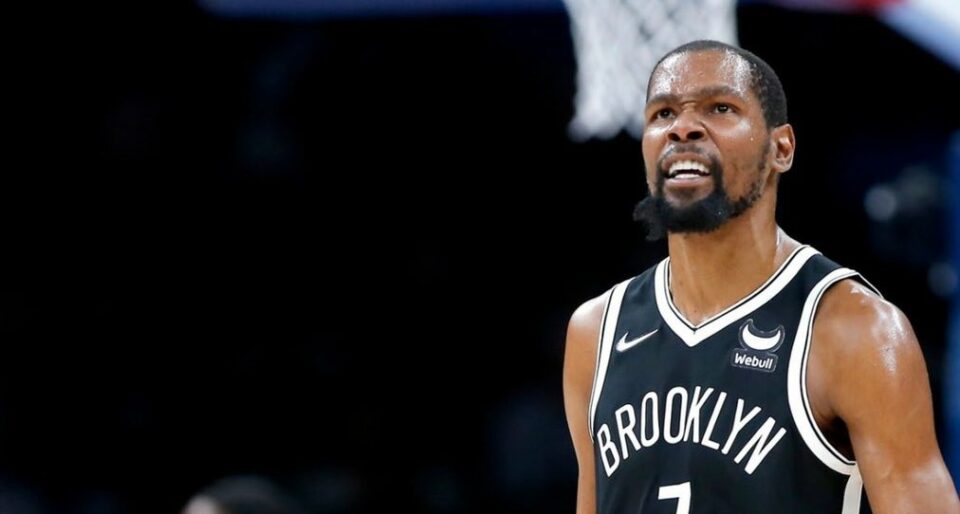 In his latest incident, on Wednesday, Durant tossed some profane words at a fan after the game between the Nets and the Dallas Mavericks at the Barclays Center, Yahoo reports.

The NBA fined the 33-year-old basketball player to the tune of $25,000 for “directing obscene language toward a fan,” announced Byron Spruell, President of League Operations, on Friday, according to Marca.

The following was released by the NBA. pic.twitter.com/RG3NmT5WeJ

Somehow this got reported? But my wife is just like KD when I say I’m getting one more drink. pic.twitter.com/qcNZygISMm

The video clip of the quarrel shows the last 9.4 seconds of the game where a Brooklyn fan is heard shouting to Durant, “Kevin, you gotta take this game over.”

An irritated Durant responded to the fan’s unsolicited instruction, “You got to shut the f—up and sit down.”

Durant’s unexpected aggressive retort shocked the fan, and he shockingly exclaims “Woah,” in the video snippet.

Later, KD humorously acknowledged his faux pas in a Tweet where he posted a meme of a female with her back turned to the camera and her extending her hand with money, captioning it with “Damn smh,” according to Marca.

KD’s mouth signs check that he can actually cash, and his obscene laden language has cost him $65,000, Yahoo! Sports reports.

He had to pay $15,000 for “using profane language in a media interview and failing to comply with an NBA Security interview as part of the review process.”

In April 2021, KD found himself in a direct message dispute with actor Michael Rapaport who posted screenshots of Durant’s indecent language.

Later, the ballplayer apologized, “I’m sorry that people seen that language I used. That’s not really what I want people to see and hear from me, but hopefully I can move past it and get back on the floor,” wrote Durant, according to Yahoo! Sports.