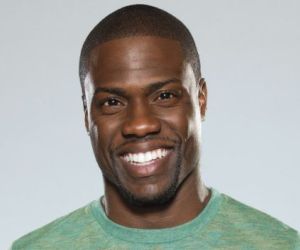 Funnyman Kevin Hart is showing that he has no problem sharing a portion of his wealth for a good cause.

While co-hosting the nationally syndicated “Tom Joyner Morning Show” last week, Hart offered $50,000 to Texas Southern University’s band after hearing that the Tom Joyner Foundation was raising funds to help the band go see Michael Strahan inducted into the Football Hall of Fame. As a way of returning the favor, Joyner showed overwhelming support for Hart’s latest film “Think Like a Man Too.”

“Since Kevin did the $50K donation, I thought it would be a great idea to support his movie. So I’ve bought 100 tickets to the 10 a.m. show,â€ Joyner said as he gave the tickets away on air.