Kevin Hart Gives Update on Will Smith: ‘He’s in a Better Space’ 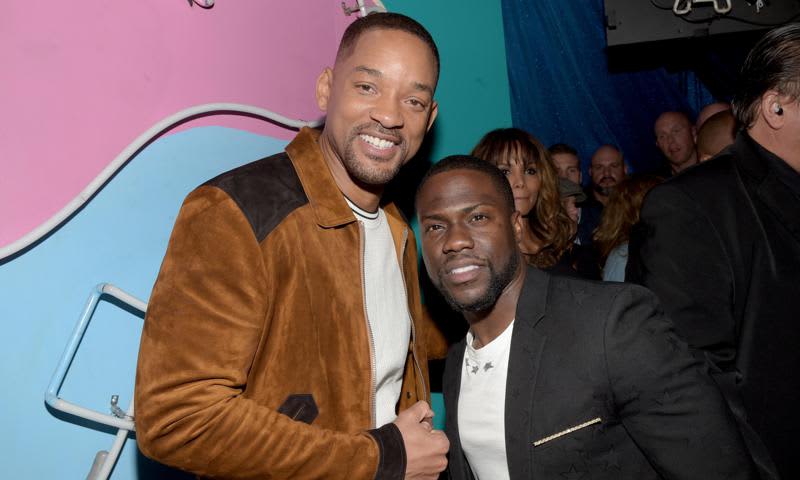 Comedian Kevin Hart has provided an update about Will Smith’s state of mind four months after the infamous Oscars slap. After radio silence from Smith following the incident and his decade ban from the award ceremony, Hart spoke up for his longtime pal, claiming the Oscar-winner is in a “better space.”

While at the Wednesday premiere of his movie DC League of Super-Pets in Los Angeles, Hart revealed that the King Richard actor has been doing inner work.

“Will is apologetic, you know,” Hart told Entertainment Tonight. “He’s in a better space, of course, than what he was after. People are human, and as humans sometimes we make mistakes. So it’s not about talking about the past, it’s about acknowledging the present and doing your best to move forward.”

A friend of both Smith and Chris Rock, he says he wishes they can make up.

“I can get only hope that the two of them find a way to find some solace in that and move past it. I just like good energy. I love to see people be the best,” he shared. “I still love him, I still love Chris.”

Hart shared that moving forward is the best thing for both men to focus on, despite this one mistake.

He continued, “You can’t judge a person by one thing. Ultimately, life goes on and people grow, so give him the opportunity to do so.”

After the slap that rocked the nation, Rock has commented about it here and there during his Ego Death comedy tour, reassuring fans that he was fine but would not speak on his reaction until he secured the bag.

“I’m OK, I have a whole show and I’m not talking about that until I get paid. Life is good. I got my hearing back,” Rock joked onstage at an Indio, California, show in May.