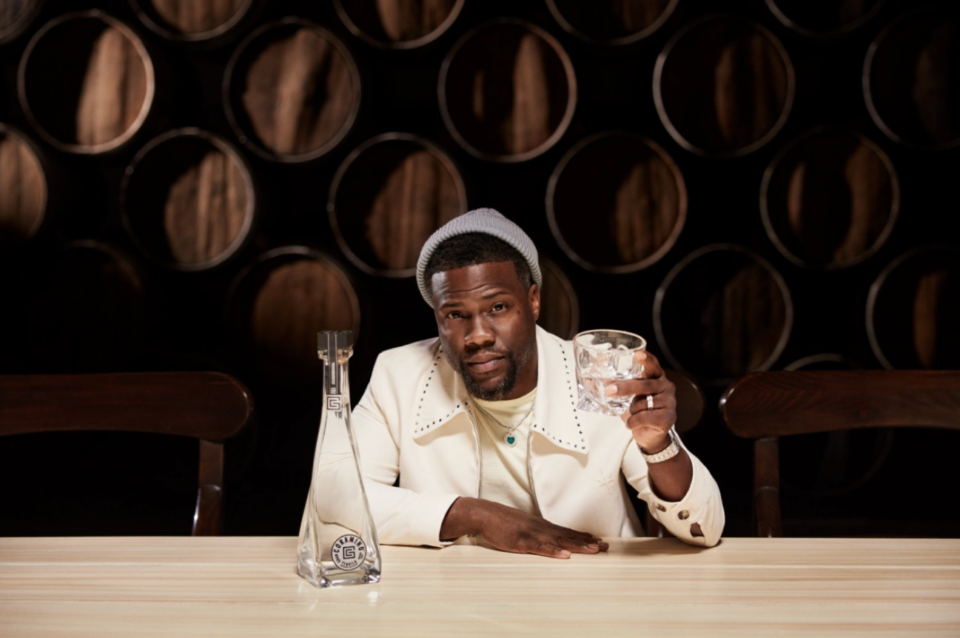 The self-proclaimed “hardest-working man in Hollywood” is about to be working even harder after launching his new tequila company.

Actor/comedian Kevin Hart is tossing his hat into the crowded tequila category with the inception of his new Gran Coramino. Launched on Monday, Hart’s tequila differentiates itself as a cristalino, a form of clarified aged tequila.

“It’s been around, but to my culture, to my fan base, this is a product I feel like I’m introducing. It’s not new, but it’s new to us.”

While Hart has been offered several beverage partnerships in the past, the Fatherhood star says the brands didn’t resonate with him.

In entering the spirits industry, it makes sense why Hart would choose tequila. According to the Distilled Spirits Council of America, it’s the most popular among the spirits categories that raked in $5.2 billion in revenue in 2021, up 30% from the previous year.

Despite being a niche brand, cristalino grew sales by 33.6% in 2020, an 18% increase from 2019. Drinks analysis research firm IWSR predicts cristalinos will sell half a million 9-liter cases in the U.S. by 2025.

“I was willing to put our distillery, and our family name, to partner with Kevin to something new and high quality,” Beckmann said. “It gives credibility to the proposal. I’m very happy with what we created.”

Beckmann says it was a no-brainer when it came to partnering with Hart.

“You need to get someone that really loves tequila and understands it,” Beckmann said. “When I met Kevin, he seemed like a person who was willing to work and take time from his schedule to build a brand.”