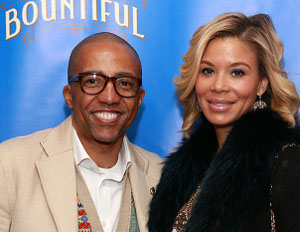 As a precursor to launching this fall, the new media and beverage company signed on for a unique opportunity to create an exclusive flavor inspired byÂ her character in the play. Liles also serves as a Producer of this classic play byÂ Horton Foote, which features an all-star cast currently on a limited engagement run throughÂ September 1, 2013.

The drink hopes to transport theater-goers to the hometown roots ofÂ Carrie Watts, the character played byÂ Cicely Tyson. Go N’Syde: Carrie’s Bountiful is a Southern-style blend of cinnamon-spiced strawberry lemonadeÂ exclusively available toÂ The Trip to Bountiful patrons during the recently extended 22-week Broadway run. The drink is the first in a series of one-of-a-kind flavors associated with cultural events and icon within the play.

“I’m always seeking out opportunities to share enriching cultural experiences with others,” saidÂ Kevin Liles, entertainment and media entrepreneur, partner in Go N’Syde, and Producer ofÂ The Trip to Bountiful. “Go N’Syde will enable consumers to go inside the world of today’s favorite events and icons, including this wonderful award-winning production.”

“I thank Kevin Liles for being a market innovator and recognizing the experiences that Go N’Syde could bring to The Trip to Bountiful as its official beverage,” said Managing Producer Nelle Nugent. “Through “Carrie’s Bountiful” blended tea, our audiences can experience the authentic taste of the amazing world of our most beloved character, Carrie Watts.”