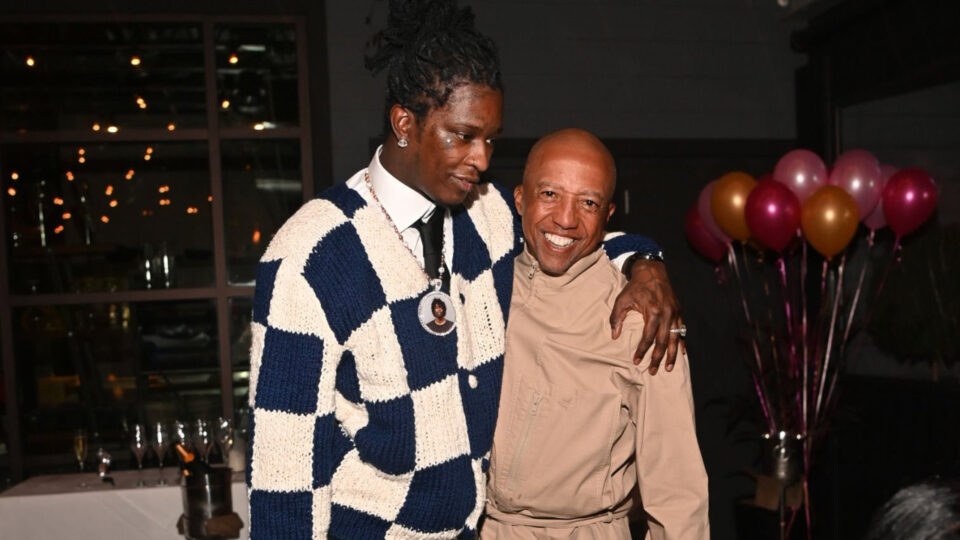 With the recent federal RICO (Racketeer Influenced and Corrupt Organizations Act) case against hip-hop artists Young Thug, Gunna, and their associates, the government will be using their song lyrics to try to convict them on the charges brought against them.

However, 300 Entertainment’s Kevin Liles and Atlantic Records’ COO Julie Greenwald recently launched a petition to prevent prosecutors from utilizing rappers’ lyrics against them in court.

The change.org petition titled “Rap Music on Trial: Protect Black Art” was launched by the former Def Jam executives. It highlights the injustices presented when prosecutors use artists’ lyrics and creative expressions against them as proof of whatever crimes they are accused of. They want it stopped.

As Liles points out in the petition, “hip-hop artists create entire worlds populated with complex characters who often play both hero and villain.”

YOUNG STONER LIFE RECORDS IS A MUSIC LABEL. Share this post in an effort to spread the message that using lyrics on trial is both unfair and unjust. #ProtectBlackArt #RapOnTrial pic.twitter.com/ohD3QJ0FHR

The petition states, “Today in courtrooms across America, Black creativity and artistry is being criminalized. With increasing and troubling frequency, prosecutors are attempting to use rap lyrics as confessions. This practice isn’t just a violation of First Amendment protections for speech and creative expression. It punishes already marginalized communities and silences their stories of family, struggle, survival, and triumph.”

As his artists are looking at possible life sentences, he uses them as the perfect example of why this tactic must end.

He writes that multiple artists signed to Young Stoner Life Records are facing more than 50 allegations, as they have been hit with RICO charges claiming “the record label is a criminal gang.” The prosecutor’s allegations rely on the lyrics the artists state in their recordings as proof of “overt evidence of conspiracy.” Fulton County prosecutors say lyrics like “ready for war like I’m Russia” are a confession of criminal intent.

Liles praised New York lawmakers for their passage of Senate Bill S7527, also called “Rap Music on Trial,” and hopes that “similar bills will become law across America to end this attack on our First Amendment freedoms that disproportionately harms Black and other minority artists.”

Last month, Senate Bill S7527 was passed by a 38-23 vote. This bill “limits the admissibility of evidence of a defendant’s creative or artistic expression against such defendant in a criminal proceeding.”