The Keys to Tech Startup Success - Page 2 of 2 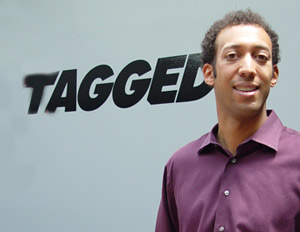 “That was a tricky time in 2006 and 2007. We recognized that FaceBook was enormously innovative. They had fantastic resources, fantastic traction, and a great product. While we could see ourselves doing all of those things, they were ahead of us, and they were really good at what they were doing,â€ says Schleier-Smith. “There was a chance we could overtake them if they messed up, but our business plan was not based on other people making mistakes. We were trying to figure out what this business should be. That is something a lot of startups go through. It’s very rarely a linear path. It does happen, where you have the perfect idea and you just do it, but that is a small percentage of the time. It is more often that you have a general opportunity, but a whole lot of the details need to be figured out as you go along. Be really well studied on your business plan. Think diligently and honestly about what it is you’re trying to do. Ask yourself all of the questions someone could ask and all of the ways someone could challenge it. Think about competitors, risks, and all the ways it could go different than you think it would.â€

Johann and Greg spent a lot of time working with their advisors. One advisor, Reid Hoffman, founder of LinkedIn and a former executive at Paypal, was key to helping them decide to pivot their business plan towards social discovery. “He was one of the people who challenged us, asked us the hard questions and forced us to really get a plan together,â€ says Schleier-Smith. “You want to find someone who has relevant experience. Someone who has been there and done it before, someone who you get along with well on a personal level, and you feel you can relate to.â€

“Meet lots of people. Be open with them. Silicon Valley is a very open and sharing culture where people like to talk about what they are doing. Certainly there are some things that are your core secret sauce that you may not want to be sharing broadly, but there are a lot of things you may be doing in your business that are fine to discuss with people. The more you can be open about you are doing, it sparks interesting discussion. I tend to be very open and people open up to you and you can discover where common passions lie. That is where you are going to forge connections that are meaningful ones.â€

“So many of the people who are passionate about startingÂ  tech companies have ended up here. If you want to meet and connect with those people you want to be here. Some of the challenges is there are a lot of great stuff going on so there’s a lot of competition, for hiring in particular. Finding the best product people, engineers, designers can be really challenging. There are a whole lot of talented software engineers and developers, however, there are even more entrepreneurs with business ideas, Venture Capitalists, small and big companies like Google and Facebook sucking people up. It remains very competitive to get talent.”