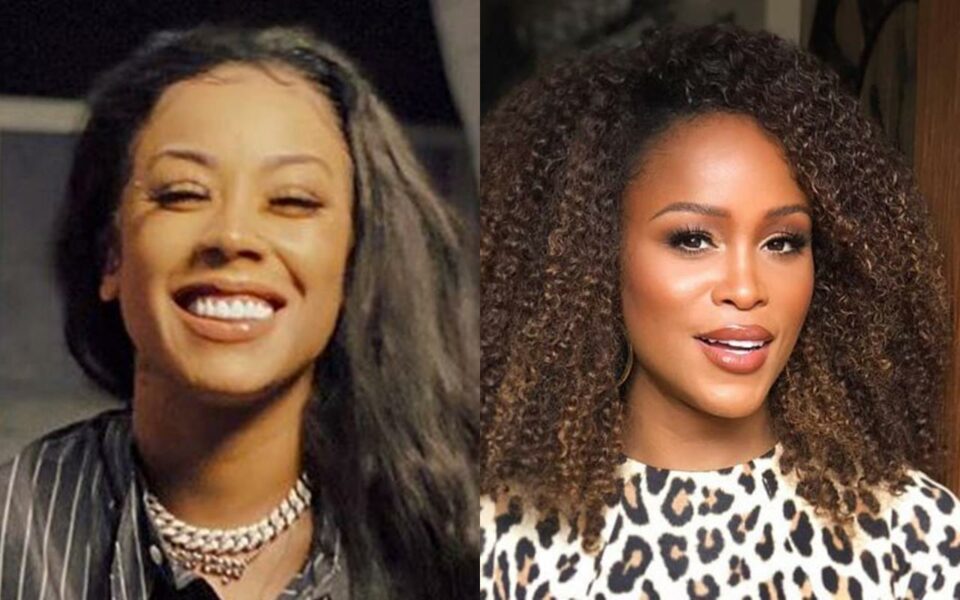 There are pros and cons to everything, including having rambunctious friends who aren’t afraid to “knuck if you buck.” But not every encounter calls for a throwdown, and Keyshia Cole had to learn that the hard way.

The “Let It Go” singer recently opened up about when she fell out with Eve after she slapped a woman on the rapper’s behalf, Yahoo reports.

While appearing on TV One’s Uncensored, Cole recalled the incident that ended her friendship with Eve.

Speaking on her early days coming straight out of Oakland and making hit music, Cole shared some of the friends she acquired early in her career. The Ruff Ryders emcee was one of the people who clicked with Cole and enjoyed hanging out with her.

But after one woman got too close to the Philadelphia native, Cole decided to take things into her own hands.

“When I came straight from Oakland, It was still in me, you know,” Cole shared on the Tami Roman-directed episode.

“Disrespect, things that would happen, how we handle it from the hood. It was like, ‘Oh, OK, yeah,’ we just fight.”

Cole admits it took her some time to learn that there is a time and place for a tussle, and typically celebrities work to avoid those types of encounters.

“It took a long time to learn to not put my hands on people, you know what I’m saying?” Cole confessed. “It was a thing that happened with Eve that, you know, we walkin’ out and somebody grabbed her bag or something like that.”

“I just kinda turned around and slapped the girl,” Keyshia admitted. “I was like, ‘Girl, what is you doin’? !Like, period. Back up!’”

“And Eve was really pissed off about that,” Cole recalled. “Like, we stopped hanging out. She was like, ‘I can’t hang with Keyshia, she can’t be slapping people.’”

Cole says the incident helped her mature and see why Eve chose to stop hanging out with her.

“It taught me a lot, too, later… ’Cause she[ could] get sued, too, you know what I’m saying? Me being a part of her crew, walking out the club—I just, I should have left that to security. Somebody gets paid for that.”

After The Shade Room shared a clip on social media, Cole took to the comments to let everyone know she is a changed woman.

“I understand now why she was PISSSSSSSSSSSED,” Keyshia wrote with laughing emojis.