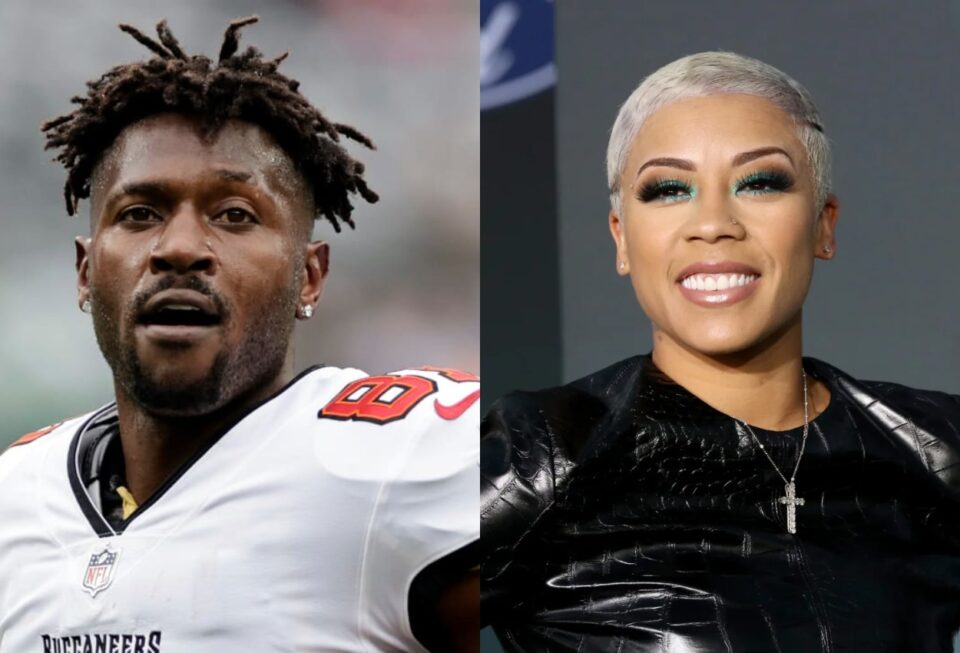 According to Complex, the former Tampa Bay Buccaneers wide receiver took to his Instagram account and shared a video clip of what is presumably Keyshia Cole sporting a tattoo of Brown. It was an AB tattoo allegedly on the lower portion of Cole’s back. The clip was captioned, “You Ain’t Pimpin Until You Hit An RnB Diva. #FreeAgent #KeepPimpin.”

Cole responded in the comment section of the posting, which has since been deleted from his account, “This the second time you posted this @AB but the captions changed. don’t be mad at me no more babe, I said I apologize.”

Apparently, the two had been an item, and based on that posting, it’s more than likely over.

“Yea I was big trippin..smh I see it now. I have a 12 year old. Like that type disrespect for what.. Nothing is worth that level of disrespect, especially when u don’t deserve it. Had so much love, respect and admiration fa you. Guess that wasn’t mutual.”

Cole did have a conversation with celebrity stylist, EJ King and discussed why she had an interest in the former NFL wide receiver.

“I think he made it very clear that he didn’t want to receive it. He was like, ‘Baby I liked you at first and now I don’t know. I think maybe that’s just what it is,'” she said.