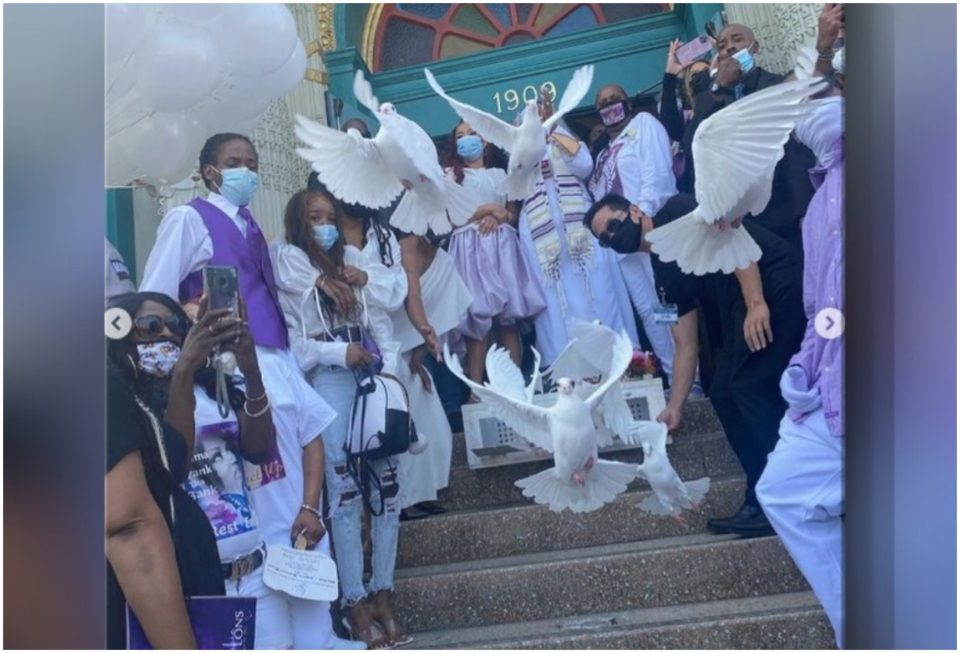 Keyshia Cole laid her mother Frankie Lons to rest on Saturday, and shared a touching Instagram post with fans shortly after the funeral.

“We will miss you,” the “Heaven Sent” songstress wrote in her caption on Monday. She reflected on her final farewell to Lons and added, “I tried to spend as much time close to her as I could, in that church. When we got to the mausoleum, I asked if I could see her one last time, I kno her spirit was no longer there in the physical, I just hope she was able to see that we came together in celebration of her name, the laughs, love, and honesty she brought to this world…. I’ve internalized a lot as of recent. The love is real Frank Da (bank emoji).”

Cole posted video footage and photos from the funeral service that showed herself and her family releasing doves and balloons in honor of her beloved mother. The post racked up more than 437,000 likes and thousands of comments from fans sending their condolences to the singer’s family.

In July, Lons suddenly died after suffering a drug overdose. She battled off and on with addiction throughout her life, and relapsed while celebrating her 61st birthday at her Oakland, California, home, TMZ reported.

Cole refrained from social media after news broke of her mother’s passing. She later released a statement via Instagram and wrote, “This is so hard man. Can’t really even find the words. SMH. I honestly don’t even know how to feel. You can never prepare for something like this… Ever!!! but you will be missed.”

“I created this post to show my love and appreciation for your life and I would like to thank my fans + supporters, shooot your supporters and fans, for being here with us during these hard times, and the love that you all have for us,” she continued.

Cole first introduced Lons to the world in 2006 on her BET reality series “Keyshia Cole: The Way It Is.” Lons instantly became a fan favorite and landed a spinoff show with daughter Neffeteria Pugh titled “Frankie & Neffe.”