Under Fire: Meagan Good and Her Sister Resurface in Photos Walking on Leash With Khloé Kardashian Dressed as 'Pimp' 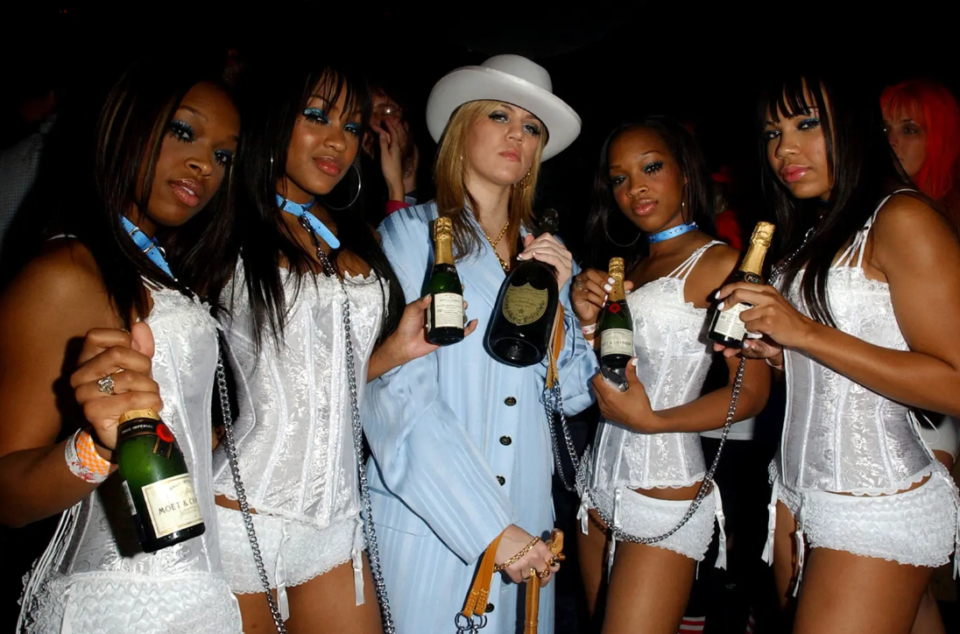 People often forget that not too long ago, society wasn’t as ‘woke’ as we are now. There was once a time when white celebrities like Khloé Kardashian could get away with dressing like a pimp who walked with Black women on leashes.

NY Post reports that Kardashian is under fire for a resurfaced photo showing her 2003 Halloween costume where she dressed like a pimp with Black female escorts. Photos show Kardashian in her Iceberg Slim-Esque attire while holding two leashes connected to her four Black female friends.

Her friends weren’t just anybody. The leashes were attached to two sets of famous Black sisters, Meagan and La’Myia Good, and twin sisters Malika and Khadijah Haqq. A Reddit user posted the photo telling others to “never forget *this* happened.”

Many were quick to blast Kardashian for thinking the costume was appropriate nearly 20 years ago.

“Does anyone legit know why she did this? I can’t handle it,” one confused user wrote.

“Can someone fill me in on this mess? Khloé, dressed . . . as a pimp?” added someone else.

Many others noted the drastic change in Kardashian’s physical appearance over the years. With the photo dating back two decades, the Good American co-founder looked much different than she does today.

Kardashian herself has owned up to getting work done, but only a nose job despite what many think, as noted by Page Six. The Kardashians star is also remaining silent about the resurfaced photo.

The outlet claims she offered no response when they reached out for a comment on the pimp costume. Kardashian remains BFFs with the Haqq twins, while the Good sisters haven’t been seen hanging out with the Kardashians in recent years.

Meagan is currently starring on Amazon Prime’s hit Harlem, while her sister La’Myia enjoys her life after lending her vocal ability to the early 2000s girl group Isyss and games like the blockbuster PlayStation 3 game Killzone 3. She’s also married to the successful singer/songwriter Eric Bellinger who shut it down alongside Usher for the Confession singer’s Tiny Desk concert.