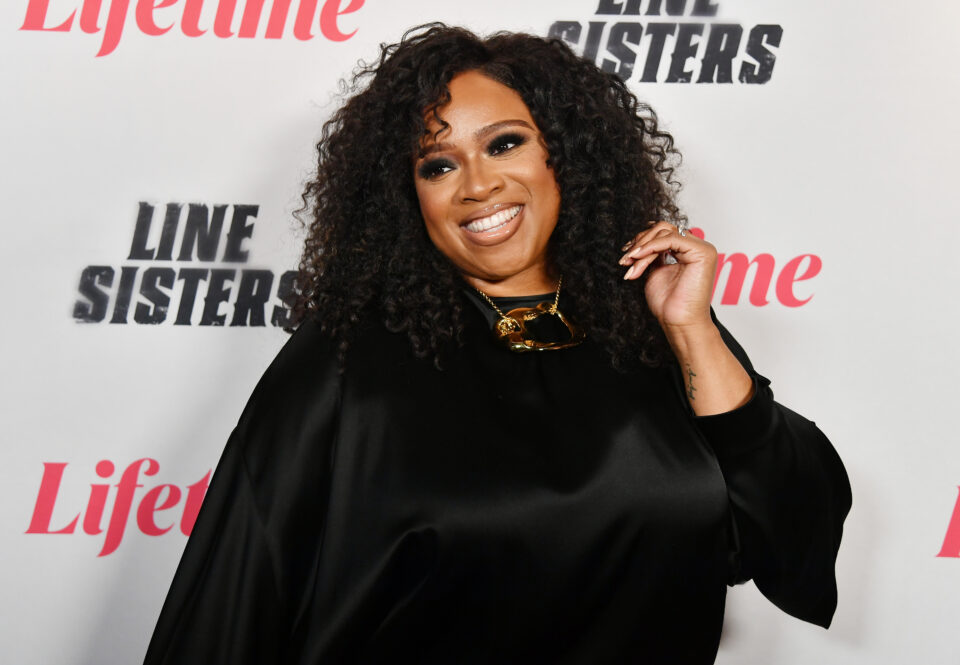 Broadway content creators Michael Korte and Bryson Camper have the internet ablaze with a new, breathtaking cover of “I’m Here” from The Color Purple sung by gospel sensation Kierra Sheard-Kelly.

Sheard-Kelly has the Broadway community in complete jubilation with the video release of her new cover of the renowned The Color Purple hit, “I’m Here,” her first foray into the world of Broadway, as told to BLACK ENTERPRISE.

The track “I’m Here” is a very emotional song that resonates with the Black American community, who face constant obstacles in every aspect of life but can boldly declare their presence and survival in the world bent on crushing their bodies and spirits.

When Sheard-Kelly sang the self-affirming anthem she reflected on her body image and how she struggled for a long time accepting herself.

“I’m a plus size woman. So for a long time, I had my little issues where I was like, ‘oh, you know, my friends are smaller than me,’ and it would be a measuring match or a measuring competition. Of course, as a woman of faith, I read the scripture that delivered me,” she told BLACK ENTERPRISE.

“When you measure yourself against yourselves, you are labeled as a fool, and so that’s when my eyes were opened. I had an awakening that I am here in my own right; I’m here in this body type for a reason, and I am someone’s answer. With the security that I tapped into, the confidence, [and] awareness of why I’ve been put on the earth, this song connected with me on another level. It was a gradual process, as far as me developing and growing [in my] confidence.”

Sheard-Kelly worked with celebrated Broadway producers Korte and Camper to bring the collaboration to life. The duo is known for their musical mashups on YouTube that have garnered millions of views. Most fans will recognize their award-winning production, Hercules Muses Medley.

The multi-Stellar award winner left an impressive artistic mark on Korte during their collaboration.

“Kierra does everything fearlessly and with grace. Though Kierra has never done anything associated with Broadway, with great excitement and grace, she jumped in fearlessly! Her willingness to explore this new genre was incredibly inspiring,” Korte recalled.

Camper said working with Sheard-Kelly was a powerfully knowledgeable experience.

“You can create colorful music with precision, intentionality, and complete liberty simultaneously because she is learned in so many areas of the music-making process,” he said.

“We connected through the nighttime spectacular at Walt Disney World’s Epcot “Harmonious,” where we had the opportunity to share vocal leads, along with her mother, Karen Clark Sheard, on my arrangement of Princess and The Frog’s “Dig a Little Deeper.” Interestingly enough, that amazing opportunity was born from the many incredible projects I’ve collaborated with Michael Korte on, mainly the Hercules Muses Medley,” Camper said.

The collaboration is the newest offering from Korte and Camper as they work to make Broadway more accessible to all viewers. The production team believes that despite one’s zip code, everyone should have access to the theatre, even if it’s digital. Kierra, Korte and Camper are hoping to release future projects– especially after the viral success of “I’m Here.”

Camper who has a deep love for Broadway, believes it’s essential to promote the theater to the world.

“There’s an excellent rawness in Broadway. The intentionality and vulnerability you can witness from each individual that graces the stage are inspiring and powerful. My love of Broadway stems from the 100 percent commitment I’ve seen put in by every show member. Some put their lives at risk for the art, and I can only respect and love that,” says the Dallas, Texas native.

Camper wants the Black community to become more conscious of Broadway and support the theater.

“A great number of the Black community grew up in some form of a church where we would put on Gospel-themed musicals,” he said.

“Many churches still do today with Broadway budgets even, and I believe we should nurture and encourage more of the community to both seek out opportunities to work in the theater and support the many spectacular works that exist today. It’s a melting pot of artistic influence, beauty, diligence, and discipline. When it’s done correctly, I believe it is the top art form,” he adds.

Bryson Camper is a respected singer, vocal producer, engineer, and all-around musician who grew up in Dallas, Texas, where he attended the Arts Magnet high school and then enrolled at the prestigious Berklee College of Music in Boston, Massachusetts. Camper has worked with legendary Gospel, Hip Hop, and Middle Eastern artists in the music industry and, most notably, has partnered with Walt Disney Imagineering on special projects.

His collaborating partner, Michael Korte, is a celebrated content creator known for directing viral Broadway digital media with over 20 million views on YouTube.

The video is directed by Korte, filmed by Taylor Russ, edited by Mario Fierro, and features music production and vocal arrangements by Bryson Camper.

Sheard-Kelly has new music in the works for her fans and hopes this new track will keep them anticipating her next album’s release.