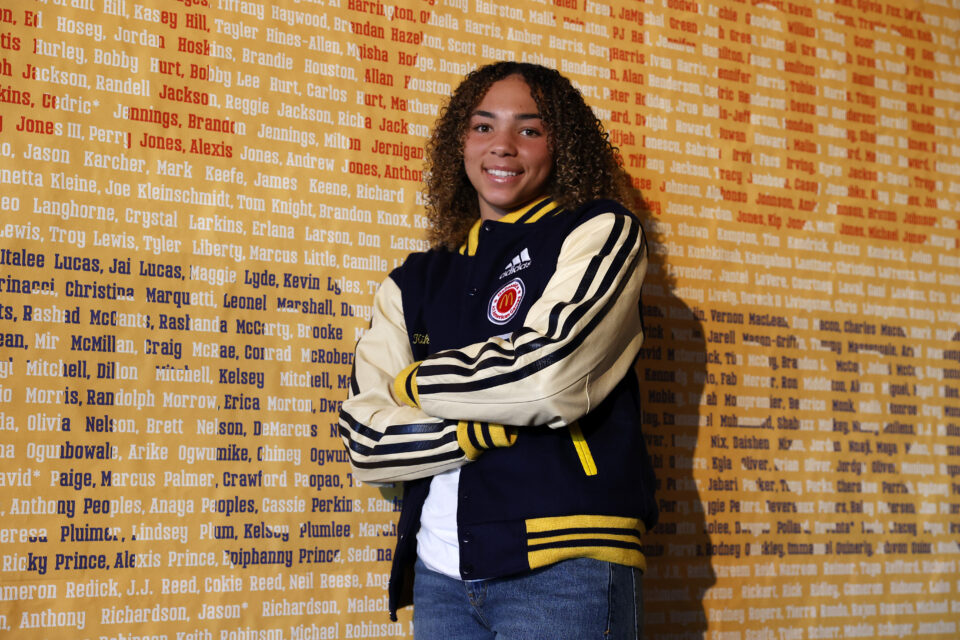 Jordan Brand has just announced its first official signing of a student-athlete.

“I’m incredibly grateful to announce that I am joining the Jordan Brand as its first NIL athlete! It’s an honor to join a family that is made up of leaders on and off the court… lets get to work!! @jumpman23“

“Being Jordan Brand’s first NIL athlete is an incredible milestone, and I think it’s a testament to the hard work I’ve put in and all the people around me who have helped me get to this point,” says Rice. “Signing with the Jordan Brand is another motivating factor for me to continue to work hard and achieve my goals.”

According to Andscape, Rice was the nation’s top recruit and women’s high school player of the year for 2022.  She played for Sidwell Friends High School in Washington, D.C. where she led the basketball team to its first state championship earlier this year.

Sports Illustrated has reported that she was the No. 2 recruit in the class of 2023. Her other accolades included being named a McDonald’s All-American, the Naismith High School Player of the Year, and the MaxPreps National Female High School Athlete of the Year.

During her last year in high school, she averaged 15.8 points, 7 rebounds, 5.1 assists, and 2.7 steals, while earning MVP honors. She also led Team USA to a gold medal at the FIBA U18 Americas Championship.

We got some special messages for @kiki_rice0 from the @Jumpman23 family today 🥺#GoBruins x #Jumpman pic.twitter.com/2wlTTkBgj9